Simon Rogan's Aulis returns to London as a herald for Roganic 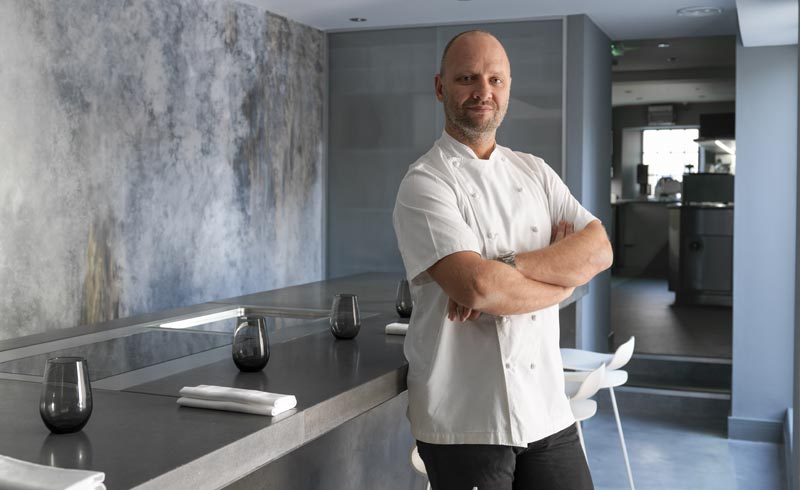 Summing it all up: In advance of the much-anticipated return of Roganic, Simon Rogan's Aulis sets up a new spot in London. It's an intimate 8-seater space that lets you preview food before it hits his restaurants.

Simon Rogan and Fera at Claridge's parted ways earlier this year, but that's not it for the chef in London. He's already planning a return for his restaurant Roganic (coming to Marylebone later this year) and in advance of that he's opening a new outpost of Aulis London.

It's not the first Aulis in town, as there was originally an experimental kitchen in Claridges, but this will be the first standalone version. By day it'll be a culinary workshop and at night it'll be what they're calling a "clandestine kitchen" (it's in a secret location revealed once you reserve a space). Seating only eight, all the diners will be able to try new Simon Rogan dishes for the first time. For an idea of how this works, check out our Test Drive of Aulis at Claridge's.

Aulis will be headed up by Chef Rafael Cagali (Quique Dacosta, Fat Duck and Fera at Claridge’s) and he's supported by Head of Development Harry Guy (trained at Saison in San Francisco and winner of the 2016 Roux Scholarship).

As Rogan himself says "Aulis London will offer guests the opportunity to sample dishes not yet seen on Roganic menus. With only eight seats, Aulis London can give our customers a really up close and personal insight into how we operate. We are going to have a lot of fun there.”

Where is it? A secret spot, central London

When does it open? Now open.

How to book: It costs £250 a head for a tasting menu with wine pairing. To reserve a space, email AulisLondon@SimonRogan.co.uk.