Simon Rogan confirmed to take over the restaurant at Claridge's 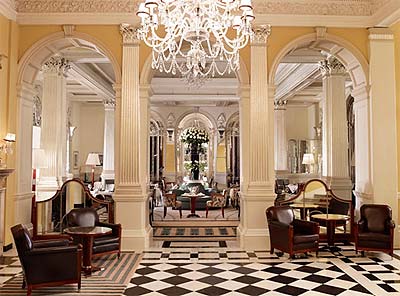 Read our interview with Simon Rogan about his plans for Claridge's

A spokesperson for Claridge's Hotel today confirmed the story that a lot of people already knew, that Simon Rogan will be the chef taking over from Gordon Ramsay at Claridge's.

Rogan's restaurant will open at the hotel in Spring 2014.

"We are very excited about bringing Simon Rogan to Claridge’s," said the hotel's General Manager Thomas Kochs. "He is a home-grown British talent and we believe his inspiring culinary concept for the hotel will lead the way for a new dining direction."

This pretty much brings to a close one of the best years for Simon Rogan - not only does he hold two Michelin stars at L’Enclume in Cumbria (which was recently named ‘Best Restaurant in the UK’ by the Good Food Guide 2014, and ‘Restaurant of the Year’ at the 2013 Observer Food Monthly Awards) but he's also opened the French at the Midland hotel in Manchester which has also been widely well reviewed.

“I have long been looking for a permanent London home and in Claridge’s I feel we have found a true partnership of creativity and world-class excellence," was Rogan's take on today's news. "My team and I are looking forward to the challenge of marrying my culinary style with the phenomenal heritage of Claridge’s – this is a massive honour and we are focused and determined to create a truly outstanding restaurant.”

Simon Rogan's restaurant at Claridge's will open in Spring 2014.