Simon Hulstone's The Elephant is popping up on John Lewis's rooftop 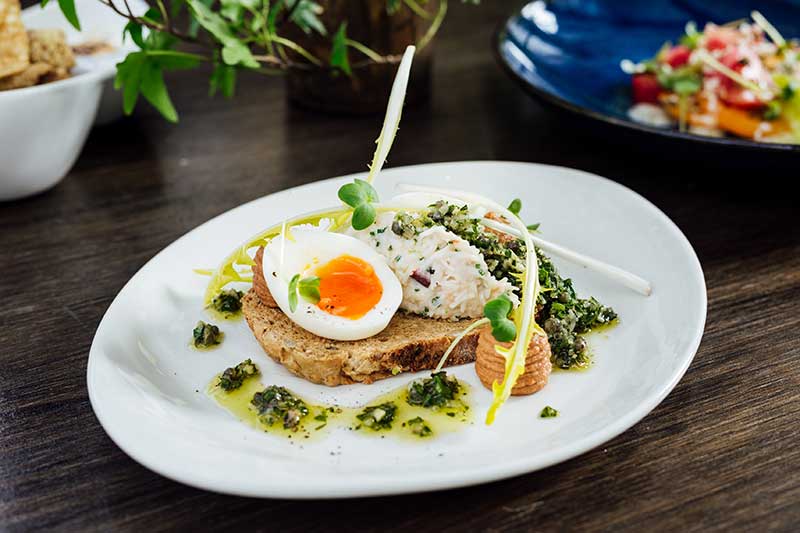 What: The Elephant at John Lewis Gardening Society

In a nutshell: Seasonal food from a Michelin-starred Torquay restaurant

Summing it all up: Everyone loves a spot of rooftop dining, particularly when London gets all sweaty and hectic, even *more* so when the food is provided by Devon’s famous Michelin-starred the Elephant. They’ll be whipping up seasonal ingredients into a special one-off menu for the occasion, served in the tranquil surroundings of the John Lewis Gardening Society.

If you’re familiar with Torquay’s legendary The Elephant, but still haven’t managed to get down for a visit (we know, we know, it's on your to-do list) then here’s some very good news. The Michelin-starred south west restaurant has just announced it’ll be setting up at the John Lewis Gardening Society as its latest rooftop resident.

It’ll be the first time that the Torquay restaurant, run by Simon Hulstone, has ventured to the capital, so they’re going all out with a specially made menu for us lucky Londoners that’ll be all about the ‘fresh flavours of Devon’ spread across two, or three courses. And it does look just a bit bloody good.

First up there’s Chicken Crackling, which has us all worked up already, made with birds from Mayfield farmhouse and served with sour cream and the salty chicken salt goodness. There’ll be Paignton crab with bantam egg and spelt toast (pictured), and a rather gorgeous sounding tomato salad with buttermilk, horseradish and wild garlic capers. We’re also highly excited to their take on Cured Trout, using an Asian-inspired flavour palette, so think soy sauce, ginger, cucumber and powdered Cornish - the South West’s answer to nori.

There’ll also be a few great sounding tipples at the nearby John Lewis Gardening Society Bar, the Gardener’s Arms. There, the team from Background Bars will be slinging out breezy cocktails like the rum-based Green Society with matcha green tea sugar, or Rosy Roses, made with tequila, Grand Marnier and grapefruit.

The whole set up, with the classic British food enjoyed on the department store’s lush, greened-up roof really looks to be a perfect blend of comforting, light food and a summery location. We’re getting strong English Riviera vibes just thinking about it - quite an achievement really, when you consider it’s above London’s hellishly busy Oxford Street.

The Elephant will be the third restaurant to pop-up on the John Lewis rooftop, following on from Morty & Bobs, and a taco pop-up from Foley’s.

More about The Elephant at The Gardening Society

Where is it? The Gardening Society, The Rooftop, 300 Oxford Street, London, W1C 1DX

How to book: Walk-ins only on 1-2 August. Booking lines open on 3 August.