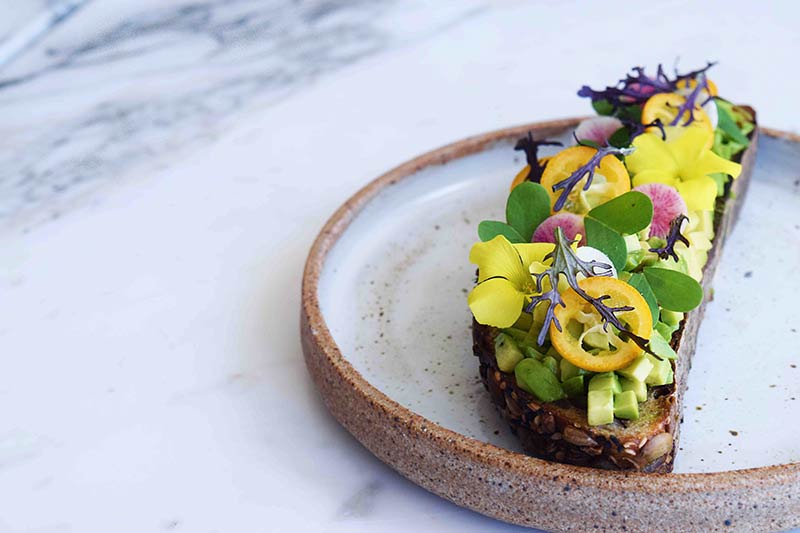 Summing it all up: More good news for the vegans of the world, as Essence Cuisine is bringing their animal-free cuisine to East London. They’ve got every intention of eschewing the belief that clean eating = bland as well, and based on the makeup of their raw chocolate brownie, we’re intrigued.

There have been plenty of reasons for vegans to celebrate lately, from Santo Remedio’s egg-free Mezcal Sour to the vegan-conscious menu from Pickled Fred.

Now, here comes Essence Cuisine, a vegan, free-from and “plant-based” (restaurants do love that word nowadays don’t they) restaurant, arriving in Shoreditch. The man behind it all is a relative newcomer on the scene by the name of Bart Roman, who can normally be found handling music festivals.

Helping him out in the food department is US celeb chef Matthew Kenney, who you may know from his range of healthy eating cookbooks, and also the man behind, and we quote, “the world’s first classically structured raw food culinary academy”. No surprise, then, that the menu is free from just about everything: meat, dairy, gluten, refined sugar - you name it.

However despite all this, and the multiple mentions of quinoa, the menu does look rather flavourful. Breakfast kicks things off with a Golden Quinoa Porridge containing chilli, while the chickpea (or Garbanzo as they call it over the pond) scramble has anchovies. An Heirloom Tomato Lasagne has a sundried tomato marinara and pistachio pesto, and an “Essence Bowl” compensates its quinoa base with the flavoursome addition of cumin sweet potatoes and Jerusalem artichoke cream.

Normally it’s hard to get us feeling enthusiastic about raw, healthy desserts, but even we have to admit that we’re intrigued by the sound of their raw cacao ganache brownie with medjool date caramel and Himalayan salt. Plus, die hard vegans will be excited to learn there’ll be a whole nut cheese board for them to tuck into, bolstered by side-nibbles like pear chutney and pickled radishes. It certainly sounds like they know what they’re doing.

Chef Matthew Kenney said, “There’s a misconception that healthy food isn’t as tasty or decadent as unhealthy food. We challenge anyone to take a bite of our raw cakes, or raw
pancakes and see if they feel deprived!”

Where is it? 94 Leonard Street, London EC2A 4RH