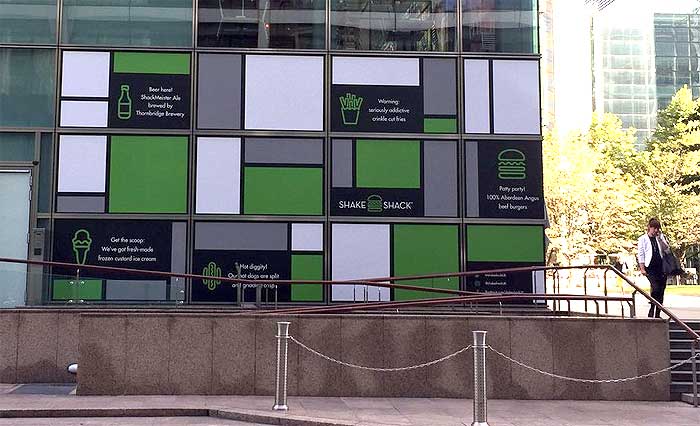 Canary Wharf workers looking to up their burger intake should be pleased to learn that Shake Shack are moving into the area. Thanks to an eagle-eyed Hot Dinners reader who spotted the signage above, it's clear the US burger chain has taken over the spot once occupied by Canteen.

We've no news on exactly when they're planning to open, but we'll keep you posted and update this when we learn more.

Shake Shack is opening at Park Pavilion, 40 Canada Square, London E14 5FW. Keep up with their news on Twitter @shakeshackuk