Seven Year Steak Sandwich goes on the menu at Hawksmoor

Written by Catherine Hanly
Created: 16 May 2014 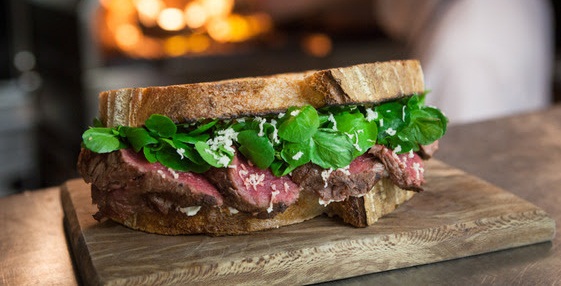 This divine looking sarnie is the new Seven Year Steak Sandwich which will go on the menu at Hawksmoor Guildhall, Air Street and Seven Dials next week.

Named after the amount of years Hawksmoor have been trying to come up with their perfect version of meat between two slices of bread it's made up of rib-eye steak, Graceburn cream cheese (made by the amazing Blackwoods Cheese Company in Brockley), watercress and lots of fresh horseradish and is the brainchild of Richard Sandiford, Head Chef at Hawksmoor Guildhall.