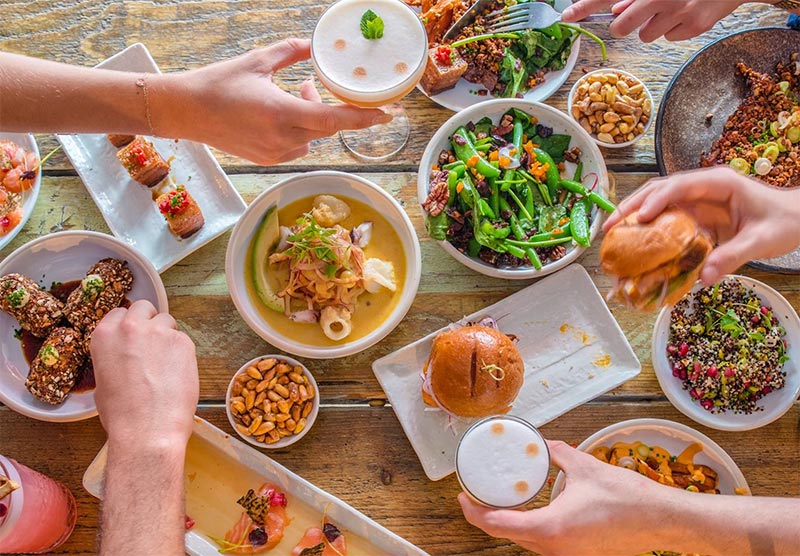 In a nutshell: Peruvian cuisine - plus plenty of sours and other pisco cocktails

Summing it all up: A new Fitzrovia branch of Carnaby Street's Señor Ceviche will not only have all the usual favourites, but there'll be an exciting new brunch menu, and an underground pisco bar with loads of cocktails, as well as the usual Sours.

Charlotte Street will get a new ceviche and pisco joint when Señor Ceviche opens its first sister restaurant, taking over from the spot where Barnyard used to be in Fitzrovia.

It’ll differ slightly from its Carnaby Street base, with a new expanded menu, plus a new brunch menu and a separate underground pisco bar. New dishes will include barbecued scallops with aji amarillo and pisco butter, and slow-cooked short rib with pickled garlic anticucho sauce.

Some of the new dishes will also take inspiration from Japan and China, like the yellowfin tuna with yuzu tiger’s milk, which has the addition of warabi and miso.

If you’re an early bird, then there’ll be an interesting brunch menu for you to look over, with options like sweet potato waffles with crispy lamb shoulder and huacatay salsa, and Peruvian sausage with root veg hash, cornbread and onsen egg. Plus, if you’re a ‘bottomless’ kind of bruncher, then there's even more good news - you'll be able to opt for unlimited Pisco Punch.

And speaking of pisco, downstairs there’ll be a special bar devoted entirely to the spirit with sours a plenty, naturally, plus pisco infusions and a range of creative cocktails, like pisco with lime, thai basil, jasmine and plum sake.

Founder Harry Edmeades said: “Having launched as a pop-up four years ago, and being one of the original brands to bring Peruvian food to the UK, we are delighted to be opening our second restaurant.”

Where is it? 18 Charlotte St, Fitzrovia, London W1T 2LY