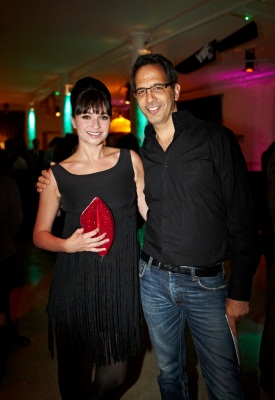 The far from fusty second Young British Foodies awards (YBFs) took place last night in Bermondsey with a stellar cast of folk from the food and drink world in attendance. Spotted in the crowd were judges Gizzi Erskine and Yotam Ottolenghi (pictured) and Bompas and Parr.

There were nine categories in total awarded last night including a new award for this year, 'Fresh Faces In Food Writing' which was judged by Ottolenghi. “Although some are not well known to the general public, we are proud that The YBFs can offer a platform for the bravest, boldest and most exciting culinary brains in this country," said Chloe Scott-Moncrieff, one of the founders of The YBFs. Popular winners include street van BAO whose win was met with whoops as did Giles Clark from Koya who picked up Best Chef.

Afterwards Ceviche's Martin Morales took to the decks to keep the party going.