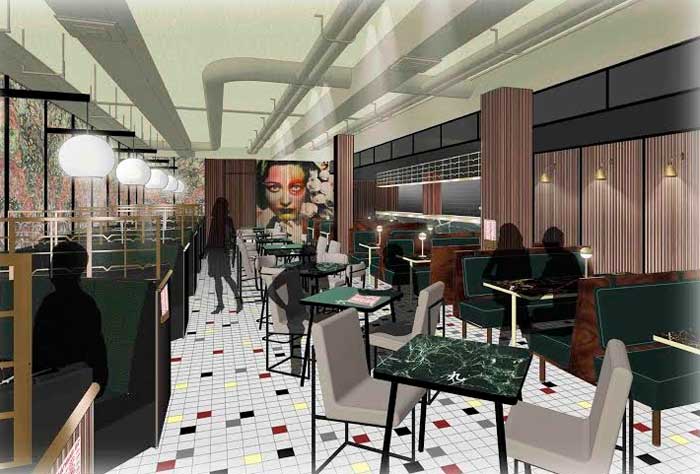 The creator of School of Wok, Jeremy Pang, is pulling together the menu (as Executive Development Chef) for upcoming restaurant Cha Chaan Teng in Holborn (taking over the space where Rocket used to be). The menu is based around the cha chaan teng cafes in Hong Kong that date from the 1950s and 60s - where western and Cantonese cuisine meet.

With that in mind, the kind of dishes to expect are macaroni soups, filled crusty rolls and sharing dishes which include chilli tiger prawns with lobster claws and whole crispy seabream. They're aiming for affordability too - around £30 per person.

It's all coming from Splendid Restaurants, who also opened Absurd Bird. For the drinks, they've teamed up with Soul Shakers, who are planning a list of cocktails inspires by Chinese tea culture and you can expect Chinese beer on draught too. As for the place, it's being designed by Shed, also behind Zelman Meats and Hot Box. It's a big old space, seating 170 odd in the basement restaurant.

Cha Chaan Teng opens 8 August 2016 at 36-38 Kingsway, London WC2B 6EY. There's 50% off food until 31 August if you book by emailing 50@chachaantenguk.com. For more, follow them on Twitter @Chachaantenguk.