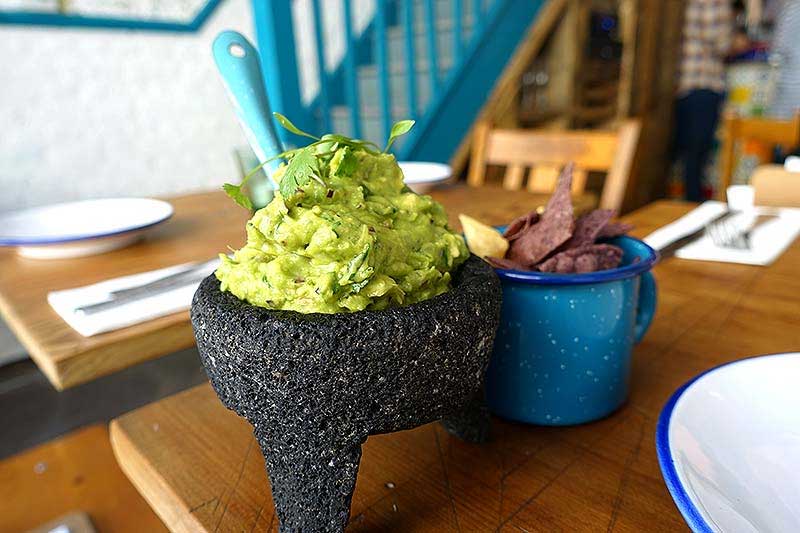 There was much rejoicing in 2016 when a genuine Mexican eatery opened in East London by the name of Santo Remedio, making it one of the capital’s first permanent spots for authentic Mexican food (and one of our favourites). However, it was a short lived success, and it sadly closed not long after, leaving legions of bereft fans.

Now, the couple behind the restaurant are in the midst of trying to raise £40k with Kickstarter in order to fund a shiny new Zone 1 venue for the Santo Remedio Restaurant and Cantina. And part of this fundraising includes several one off collaborations with big London names that look rather interesting.

First up, there’ll be the Pitt Cue ‘Cinco de Mayo Blackboard Takeover’, from 4-5 May, which will see Santo Remedio settling into the kitchen at Pitt Cue Co. Diners can expect all the usual delicious Pitt Cue meat served up with a Mexican twist and with Mezcal pairings. There’ll be dishes like short rib with pasilla adobo, black pudding tacos with salsa borracha and Pitt Cue’s Mangalitza chops, served up with pink mole sauce.

Following that, on 11 May, there’ll be a Mexican Tasting Dinner at the Kitchen Library at Tramshed by Old Street (just around the corner from the original Santo Remedio), run with Tramshed chef Martin Sweeny with space for just 12.

Finally, Le Bab, who’ve made a name for themselves with their upmarket kebabs, will be serving a special lunch with Santo Remedio dubbed ‘Tacos Arabes’ for one day only on 21 May down in Kingly Court. It’ll be a blend of Mexican and Middle Eastern cuisine, specifically Lebanese, so think flat breads with Mexican chillis, mutton barbacoa with salsa and crunchy salads with sumac. There’ll also be Pasilla pork tacos, and a cornbread tart to finish.

If you can’t make any of the events, worry not, as there’s plenty more still to be announced. Or you could throw a few bob into their Kickstarter campaign, which comes with reward incentives like tickets to their opening party, cooking classes and more.

Santo Remedio have only got until 7 June 2017 to raise the £40k, and it’s an all-or-nothing effort so watch this space to find out how they get on...

When does it open? Date tbc

How do I book? Book the Pitt Cue event on the PItt Cue website, the Kitchen table event by emailing Tramshed, and reserve for the LeBab collaboration on the LeBab website.

Find out more: Visit the Santo Remedio website and support them on Kickstarter.