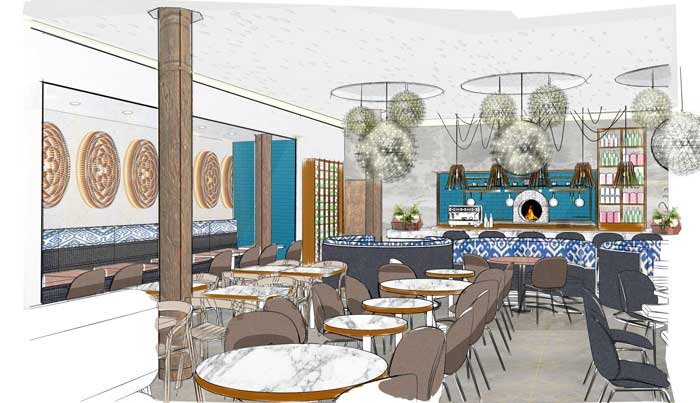 It was a sad day indeed when Fino shut its doors, but things change and now an Uzbeki restaurant called Samarkand will be opening on its site.

Taking influence from the restaurant's founder Sanjar Nabiev’s childhood, dishes on the menu are going to be a modern take on Uzbek cusine. If, like us, you have no idea what that actually means, let us enlighten you. Dishes to look out for include the unfortunately titled Jizbiz (lamb chops with sautéed potatoes), fatinon (a flaky, buttery bread), somsa (a pastry parcel filled with lamb or sweet potato) and the succintly named plov which, it turns out, is a classic Uzbekistan dish of fried rice served with lamb and vegetables and - crucially - comes served with a shot of vodka.

If you recall the space from Fino's days you'll know there's a mezzanine lounge bar and this will be serving an extensive selection of vodka such as White Birch and Beluga alongside bar snacks such as pickled vegetables and baclajan (aubergine caviar). Sounds good to us.