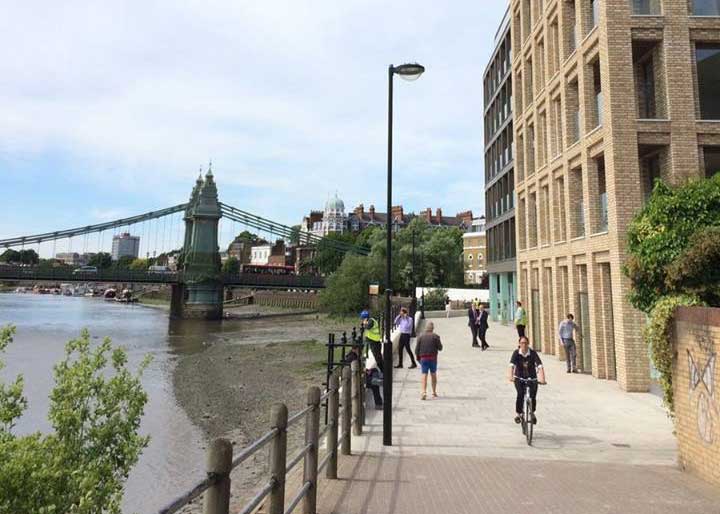 Updated 11/2/19 with chef details and images

In a nutshell: Thameside restaurant in the new Riverside Studios development

Summing it all up: West London restaurateur Sam Harrison is back with a destination riverfront restaurant by Hammersmith Bridge which is part of the multimillion Riverside Studios redevelopment. And famed chef Rowleigh Leigh will be in charge of the food.

Back in 2015 restaurateur Sam Harrison sold his places in Chiswick and Balham and headed out to the Cotswolds for a bit of a break. But after three years of travelling, lecturing at Oxford Brooks hospitality school and taking time out, he's firmly back in the game.

He'll be opening Sam’s Riverside restaurant right by Hammersmith Bridge as part of the major rejuvenation project of Riverside Studios.

Hot Dinners caught up with Sam to find out what exactly he has planned from what's being billed as an "amazing new restaurant space." Having kept schtum about what he'd been working on since last summer, he seemed pretty happy to finally reveal what he'd been up to. "It's nice to be able to announce it and get cracking on."

So what made him come out of semi-retirement? "Well, agents had been sending me details of amazing places in Covent Garden or Dalston - but fundamentally I'm a West London boy. My first restaurant was in Chiswick - I was there for 10 years. I know the area and I live in Fulham. This attracted me because it was West London but also it was a great combination of residential, business and this amazing spot right on the river - we hope it can become a destination venue."

And what a spot. Riverside Studios has a prime spot by the Thames right next to Hammersmith Bridge. "When it opens it's going to be London's premier television studios," explained Sam. "They're building three new live television studios. It's a television centre, it's an arts centre. There'll be a grab and go cafe in the studios and it's also got a cinema in the basement. We're taking 4000 square feet within the building, but we have our own separate entrance and identity."

As for what to expect from the restaurant, he says; "It's going to be a grown-up version of what Sam's in Chiswick used to be. I want you to be able to come on a Monday night because you can't be bothered to cook at home and have a fabulous fish pie and glass of wine and you've only spent £20. But then you come back on Friday night because you want cocktails, a tray of oysters and a chateaubriand for two to share.

"There'll be a heavy leaning towards seafood and potentially a raw bar as well. I worked for Rick Stein down in Cornwall for four years so I'm passionate about seafood. And I still think there aren't enough really great seafood restaurants in London."

To make that happen, he's brought in two heavy hitters on the kitchen side. First up he's brought in Rowley Leigh as Culinary Director. Leigh made his name at Kensington Place, which this week announced it was to close after 30 years, and was most recently at Parabola restaurant in Kensington. And then, to run the kitchen itself, Sam's appointed Harvey Trollope, who has previously worked at The Ritz Restaurant with John Williams, and before that was Head Chef at Wheelers of St James with Marco Pierre White.

Design-wise, there are plans to make the most of the restaurant's naturally spectacular setting. "It's got floor to ceiling windows facing out literally on to the river. On every table half the seats will be facing the river." The restaurant will have space for 90 diners, including 16 in a private dining room. And there'll be a big feature cocktail bar with counter dining and a separate bar menu.

Outside the terrace with room for 40-50 diners and 20-30 drinkers will be designed "to be like a secret garden, so not just tables and chairs - it'll be quite an opulent, special space." 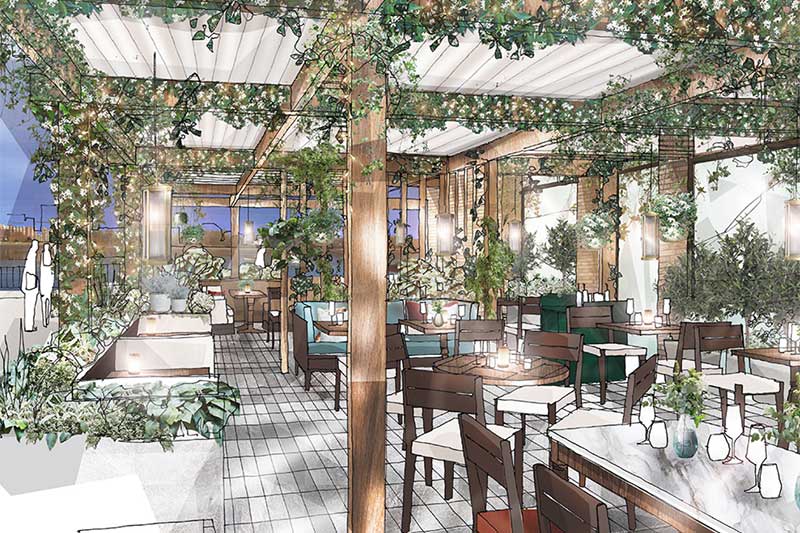