Sam Hawkes revamps the menu at the Cadogan Arms 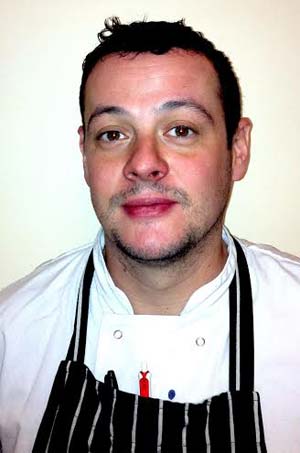 Chelsea gastropub The Cadogan Arms is one to watch, having recently appointed Sam Hawkes as head chef. Formerly of North London gastropub favourite The Bull and Last, and The Fellow in Kings Cross, Hawkes has launched an all new menu packed with seasonal fare.

There's a wide selection of heritage goodies, like the meaty pork knuckle and pistachio terrine, served with apricot chutney and scratchings, or the Cromer Bay crab with curried mayonnaise, watercress and toast. Meanwhile, the daily special of the Thai-spiced tuna and shrimp burger comes with those famously triple cooked chips, which potato aficionados will remember as being one of the defining features of the Hawke’s former Highgate residency.

No good gastropub is complete without a respectable Sunday roast, and The Cadogan Arms will be providing whole roast Suffolk chickens served in their own roasting trays to hungry diners who want to relax in the restored Victorian boozer. Naturally, we’re excited to see if it rivals the legendary Sunday lunches of The Bull and Last, which came top of the category in the 2011 OFM awards.

With a respectable selection of British ales on rotation to wash it all down (including its in-house brew, Jugged Hare Pale Ale) and a functioning billiards room upstairs for some light post-lunch exercise, we'll be heading down to the Cadogan Arms for our next lazy Sunday afternoon.