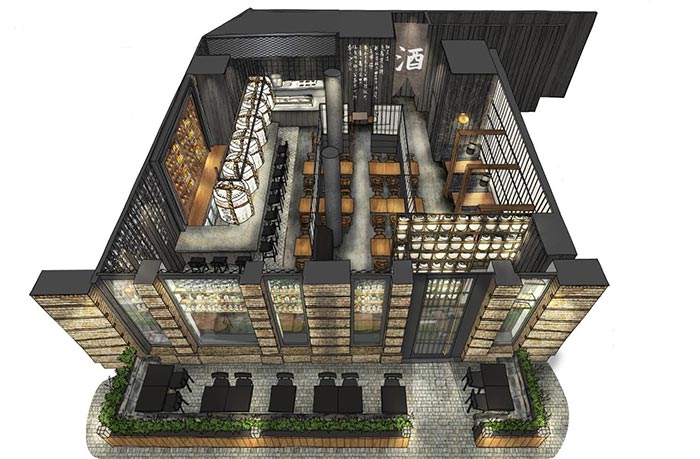 A new Japanese restaurant is heading to Mayfair, and it's the latest London restaurant from The Japan Centre Group (they're also behind Shoryu Ramen). This new place also sees them linking up with some other partners - including The Araki so it'll be a much more high-end venture for them than before.

It's going to be serving a Southern Japanese menu, by their Executive Chef Kanji Furukawa and Head Chef Jin Yackshin. It'll primarily be serving ‘Washoku’ which uses rice, miso and fish in each meal. They'll also have Hakata yakitori, grilled skewers, hand-made udon and soba noodles and freshly made sushi.

As for what's on the menu? First up is the Hakata yakitori, including:

Next up is the sushi and sashimi and larger dishes including:

For the drinks, there will be a sake bar run by sake company Gekkeikan - so expect a big range there served in masu cups - and there will be sake-based cocktails there too (including Whisky Risky – a herbal blend of Hakushu 12-year whisky, green Chartreuse, Namazake, citrus fruits and mint leaves).

And as for the look of the place, they're going for contemporary Japanese, with small booths or a large kappo counter to sit at, watching the chefs in action.