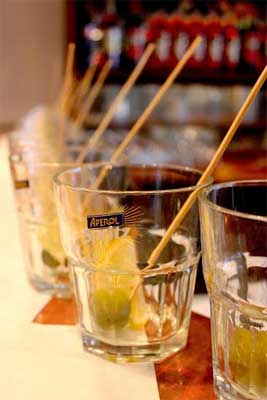 There's still a lot of love for the spritz in London. Hard on the heels of Tony Conigliaro opening Bar Termini in Soho with its house Spritz cocktail, Russell Norman and Richard Beatty are launching The Spritz Bar at POLPO at Ape & Bird.

The Spritz Bar, which joins the Campari Bar at POLPO Soho, the Aperol Bar at POLPO Covent Garden and the Negroni Bar at POLPO Smithfield, will serve all manner of spritzes made from Cynar, Aperol and Campari.

“Although there’s no view of the Rialto Bridge across Cambridge Circus, sipping Cynar at 5pm in the new Spritz Bar seems like a very civilised thing to do," says Russell. "I hope everyone can join me”. That'll be during Spritz O’Clock between 4pm and 6pm daily – where cocktails will all be £5.