Rum, pizza and board games at 70s-themed Bobby Fitzpatrick in West Hampstead 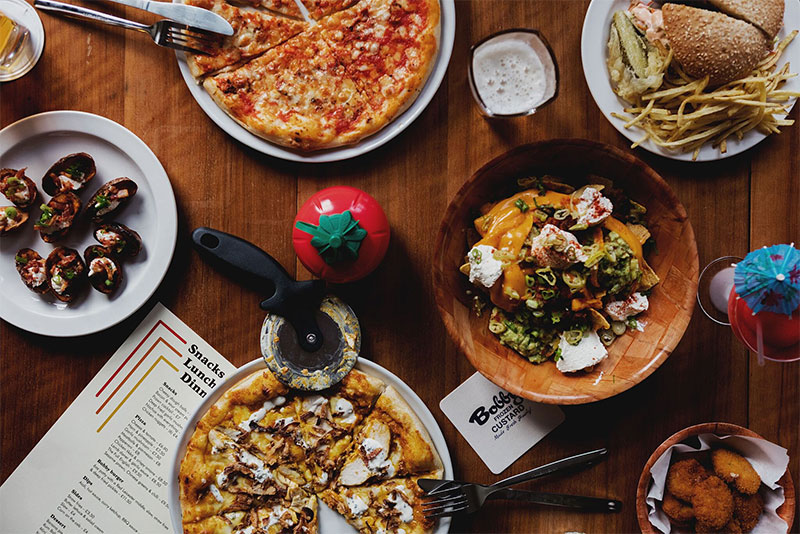 In a nutshell: Rum cocktails and pizza in West Hampstead

Summing it all up: This West Hampstead spot comes from the same people behind Coil Laundry in Exmouth market. Expect rum cocktails and pizza with a distinctly 70s feel.

Rum cocktails and pizza, by way of the 70s - that’s the theme of the newest bar to open in West Hampstead, Bobby Fitzpatrick. The fictional, title character, Bobby, is “a legendary character whose penchant for rum and passion for gambling is matched only by his love of Formica and brown shag pile carpet,” or so they say. It's the latest venue from ULG, the team behind Coin Laundry and other London watering holes.

Rum has fallen slightly by the wayside in recent times, with gin and craft beers stepping up to lead the charge, so it’s a refreshing change that there’ll be a heavy focus on the spirit, the menu for which was developed during our titular character's fictional stint in the Caribbean. It’ll be on offer in the form of cocktails, shooters and slushies, or if that doesn’t quite float your boat, there'll be vodka with cherry cola reductions and other retro-themed drinks.

There’ll be plenty of pizza on hand to soak up the excess, of the deep-pan American variety with guilty pleasure toppings like chicken tikka, lamb doner and the always controversial ham and pineapple. Or go for a cheese-stuffed burger, and a side of fried pickles.

With a cringe-worthily accurate interior loaded up with retro wallpaper, formica, and original light fittings, and even board games, Bobby Fitzpatrick is bound to be a bit of novelty fun perfect for making you feel like you’re drinking on the sly in your ‘fun’ uncle’s house.

When does it open? 18 January