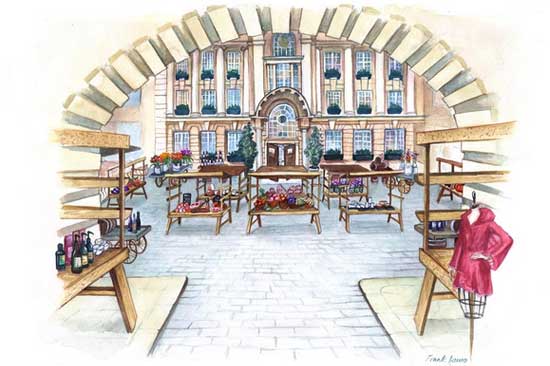 You wouldn't expect Rosewood London to do things by halves, and the introduction of a new weekend market at the hotel in March is a case in point. The weekly market, open every Sunday in their courtyard is billed as the "only dedicated Slow Food & Living Market in London".

There'll be more than 30 stalls - selling a mixture of food, drink and lifestyle products, and the food and drink line-up (below) is impressive. The whole thing has been overseen by the Rosewood's new Executive Chef Amandine Chaignot.