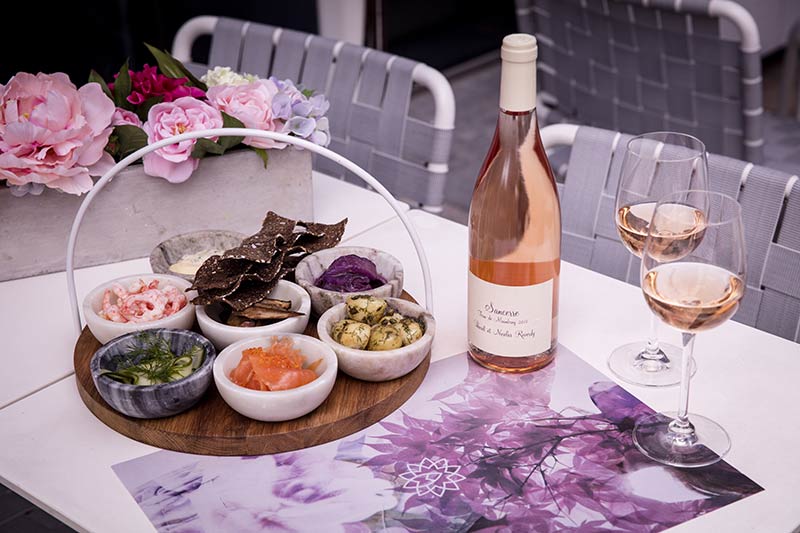 Summer and rosé. Rosé and summer. This year in particular, it’s been hard to think of a more seasonally pleasing duo, with huge spikes in rosé sales happening every time the sun comes out (not exactly surprisingly). And you can banish all those thoughts of sickly sweet, garishly hued blends from your mind. Right now, everyone’s loving light, refreshing rosés, especially London’s D&D group who’s just announced it’ll be running a month long celebration of the stuff throughout many of its restaurants.

Think Pink is the name of the campaign, and it’ll be entirely focused around increasingly popular Provençal rosés.

While you can expect to see some new rosés and one off wine menus appearing at many of their restaurants, there’ll be a couple more events for you to hone in on, should you feel so inclined. Aster will be adding rosé as an option for their bottomless brunch, and introducing Nordic crayfish to go with it.

Avenue will also be adding bottomless rosé to their brunch offer. They’ll also be holding a rosé tasting on the 2 August with their head sommelier Agustin Trapero. If you can't make that one, then there'll be another happening on the 16 August in the wine cellar of Nuno Goncalves’ Le Pont de la Tour.

The Old Bengal Warehouse will be running a special brunch that’s suitably heavy on the rosé at Fish Market with acoustic music. Bluebird will temporarily turn their afternoon tea pink with sweet treats like pink cupcakes and raspberry panna cottas. Plus they’ll also be donating £1 from each one sold to breast cancer charity Pink Ribbon. And there’ll be lots of rosé, unsurprisingly.

Finally, not one to be bested, Coq d’Argent is holding a full blown, rosé-soaked brunch party on 20 August, which will have complimentary seafood canapes (for an hour between 12 and 1pm only, mind)  and guests must turn up in white. They say it’s inspired by St Tropez’s Club 55, but it should double nicely as a preventative measure before the hands that hold the wine glasses get too sloshy…

What: D&D’s Think Pink is part of their 60 Days of Summer campaign, and is being run in conjunction with Vins de Provence.

When: It will run for one month starting from 24 July.