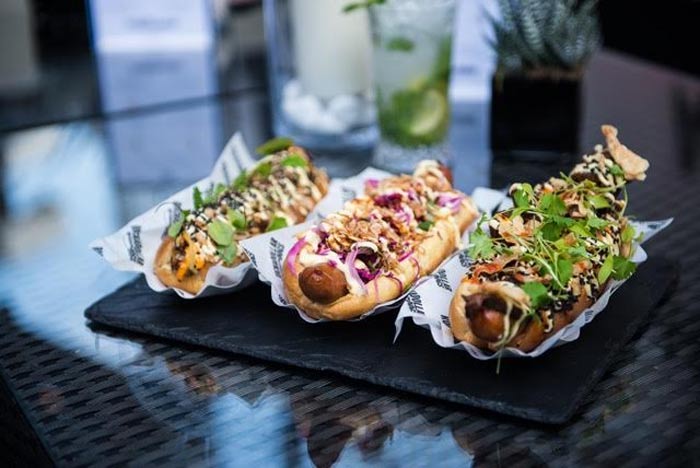 They recently vacated their Soho spot to make way for Little Pitt and now Rockadollar is on the way to Shoreditch hotspot McQueen. If you're unfamiliar with Rockadollar - it's a pop-up serving up one London’s food trends - luxury hot dogs. To herald the opening of McQueen’s new terrace, former Hawksmoor head chef, Richard Sandiford has created a bespoke menu of  gluten-free ‘posh dogs’ - served in a steamed brioche bun, with some incredible-sounding toppings.

Here’s what’s on the cards:

Rockadollar will be open at 55-61 Tabernacle St, London EC2A 4AA, Monday – Friday noon-11pm, and Saturday 5pm-11pm (closed Sundays) until the end of October. Follow @_McQueen_ and @rockadollar for more info.