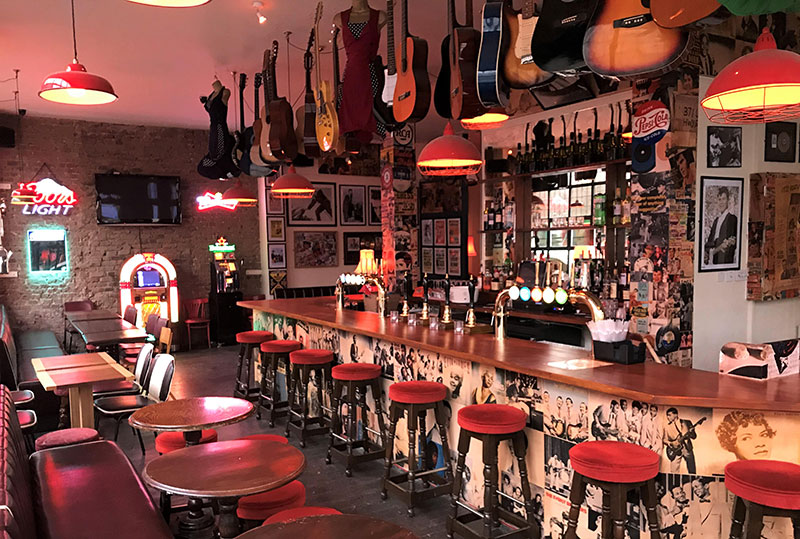 In a nutshell: American/British diner classics in 50s themed pub.

Summing it all up: If you love puns, the 50s, and American diner food via Stoke Newington, then get down to Be-Bop-A-Lula, a new watering hole from the team behind very respected pub The Alma.

Pubs are great. Stoke Newington is great. So it's doubly good news that a brand new pub's landed in Stokie from the team behind the Alma (they of 'best pub in London' fame). Just so as long as you can handle 50's themed-everything, and absolutely loads of puns.

The musically named Be-Bop-A-Lula, which is open now, is be a rock and roll inspired pub of the American diner variety, with karaoke, jukebox, booths and beer. There'll also be loads of classic diner-style, puntastically-named snacks for you to nibble on too like:

There's also a range of burgers, including organic chicken in homemade jerk sauce, while on Sunday there'll also be roasts - or 'Rock 'n' Roasts' as they're calling it (you're probably beginning to understand what we meant about all the puns....)

As for the drinks, there'll be a suitable amount of representation from the US, with classics like Sierra Nevada and Lagunitas IPA plus quite a bit from Islington's Hammerton Brewery.