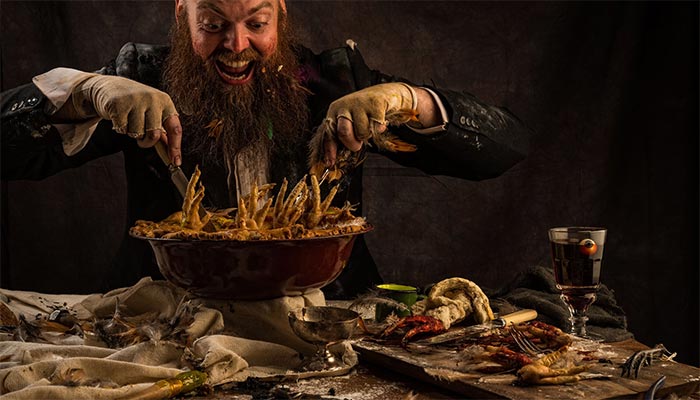 You may have noticed that there have been all manner of events this year to mark Roald Dahl's 100th birthday. And the latest sees Bompas and Parr joining up with Les Enfants Terribles and ebp for a special interactive dinner in the Waterloo vaults. And it might not be for the fainthearted.

Based on Dahl's book The Twits, this sees you attending a dinner party hosted by Mr & Mrs Twit for "a banquet of deliciously disgusting dishes". As Harry Parr says "the gleefully grotesque universe of the Twits seems to us the perfect place to probe the limits of gastronomic experimentation."

This isn't one for the kids, apparently, and you'll have to take a chance on just how far they're willing to stretch those limits. It's all coming from the same people who produced the very popular Alice’s Adventures Underground so expect a fair bit on interactive theatre while you're sitting down to try your host's creations.