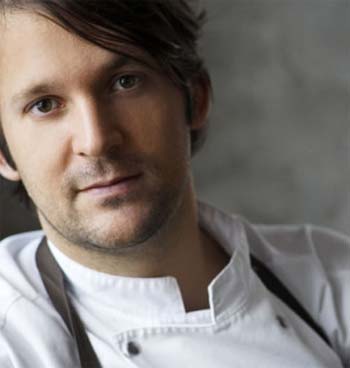 The restaurant at Claridges has been the focus of much speculation as Gordon Ramsay's tenure is due to end this year. While we're waiting to hear who will be taking up the reins full-time, news has reached us of a huge event taking place during the Olympics.

René Redzepi, whose Danish restaurant Noma is heralded as the best restaurant in the world (thanks to World's 50 Best) is to launch "A Taste Of Noma at Claridge’s", a ten day pop up based on the Denmark original. He'll be creating a five course menu which "reflects his signature flavours" and he'll be putting his foraging insticts to the test by using only locally sourced British ingredients. Redzepi will be there every day with a team of chefs from Noma.

There'll be 170 covers at both lunch and dinner, so 3400 seats on offer in total and we understand that some sort of system will be in place so that re-selling of tables won't be allowed.

As with the last big-name pop-up, Keller at Harrod's, such an event doesn't come cheap - the meal will set you back £195 for the five courses with a glass of Laurent Perrier (at least that saves on the flight to Copenhagen). But if the Keller pop-up has taught us anything, the price won't stop it being the hottest ticket in town during the Olympics.

"A Taste Of Noma at Claridges" runs from 28th July to 6th August 2012, for lunch and dinner.  To sign up for more details, go to www.claridges.co.uk/atasteofnoma/