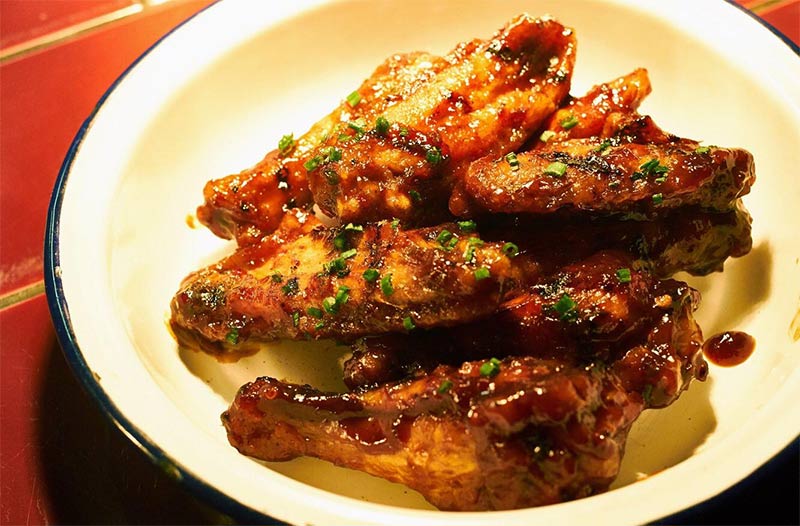 In a nutshell: Chicken wings and cocktails in the city

Summing it all up: The duo behind Randy’s Wing Bar love chicken wings, so much so they even once drove across the US in the hunt for the best sauce. Now they’re branching out from their original Hackney Wick base to bring all that saucey, chickeny goodness to hungry folk in the City.

Sticky, saucy, spicy chicken wings - what could be better for lifting your mood in the bleakest of mid-winters months?

Now, fans of Randy’s Wing Bar, normally found in Hackney Wick, will be able to get their fix at their new venue in Aldgate which will have a newly extended menu featuring cocktails, and a new takeaway counter.

Venture down to their new City base on Minories and you’ll not only be able to get your hands on their signature wings, but also their new boneless wings, baked oysters, sliders, plus chicken burgers, loaded fries, sides and desserts. And new for the lunch crowd; salad boxes, wraps and boneless wings to takeaway.

Sauces for the wings will be a similar affair to their flagship store, and feature the likes of their classic buffalo with truffle blue cheese, and Gong Bao with pickled pineapple and Sichuan pepper.

After all that, you’re likely to be a tad thirsty, so it’s doubly good news the City branch will have a new cocktail menu designed by Stu Bale - who’s dreamed up cocktails for the likes of Hix and 69 Colebrooke Row - plus a line-up of English, Welsh and Scottish beers from around the UK.