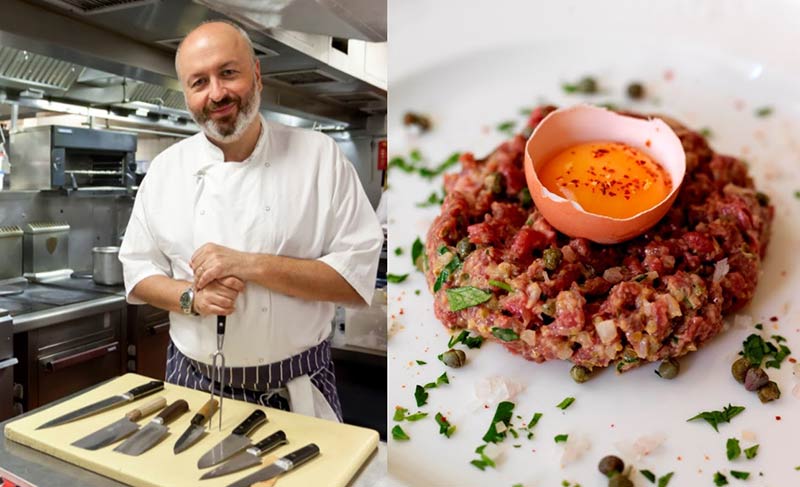 There was much rejoicing when it was announced that Maida Vale's Truscott Arms would reopen (to be renamed Hero of Maida), home to top roasts and a widely beloved upmarket boozer, with none other than Racine’s Henry Harris at the wheel.

This was followed by more exciting news - Henry’s going to be a lot busier than we thought. On top of Hero of Maida, he’ll be taking the reigns at two pubs in the City and Clerkenwell that have been acquired by the same group, Holborn Leisure.

Those two pubs are the Coach & Horses in Clerkenwell and Three Cranes in the city, where Henry, with support from James McCulloch, will be drawing on his considerable experience to create individual seasonal menus for each.

First up, the Three Cranes. The EC4 pub will be kitted out with a short but sweet menu with a heavy focus on the grill, so think lamb chops, steaks, and grilled fish, with terrines and salads to start. There’ll be lots of attention given to the wine list, which will be heavily themed around bottles from Bordeaux.

Next, the historical Coach and Horses in Clerkenwell, which will be a slightly more classical affair, with choucroute, duck confit and quality sausage rolls, and we've been told the menu will change often. The pub has been closed since 2015 so it'll be great to see the beautiful old building full of life once more.

"I’m excited to be back in the kitchen,” said Henry. “I see myself more as Admiral of the Fleet than Chef-Director, but it’s a great feeling to be planning great menus for each of these dining rooms with these excellent new teams.”