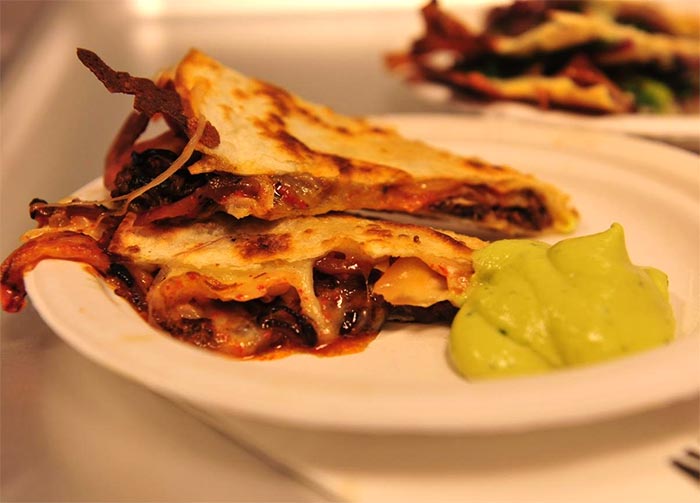 Heading to Street Feast at Dalston Yard this month? Watch out for a new trader Killa Dilla. It's the brainchild of Willy Leigh and Josh Whiting. The inspiration comes all the way from Utah which is where Willy once had the kind of epic food experience that stays with you.

"It was a type of burrito at a place call Beto’s (a gooey, cheesy mess of potatoes, beef, stringy cheese, sautéed peppers and onions and a liberal splash of hot sauce." He and Josh took that and when they found out that the staff at the Momofuku Milk Bar's kitchen snack of choice was a blue cheese and kimchi quesadilla, that set the wheels in motion.

"We took the format of a quesadilla and its base elements (mainly super stringy cheese) and had some fun with it, adding some of our favourite ingredients." explains Willy.

On the menu they have three types of quesadillas:

Killa Dilla is at Street Feast's Dalston Yard Hartwell St, London E8 3DU until the end of June 2016. Keep up with their news on Twitter @killadillaldn