He's the man behind the most-wanted burger in London. Hot Dinners chews the fat with the man responsible for the Meatwagon, #Meateasy and now MEATLiquor, Yianni Papoutsis. 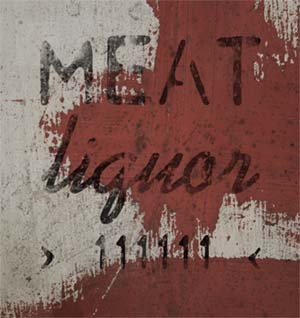 How was the MEATLiquor founded, what was the thinking behind it?

There’s not really a concept as such. We found another abandoned Italian restaurant and we’ve tried to breathe some life back into it. This time, instead of being above a pub in South London, it’s above a strip club in the West End. It’s a West End joint at New Cross prices.

#Meateasy became a speakeasy type of place naturally because of what it was and where it was: a late night dive bar above an abandoned pub in a fairly shady part of town.

MEATliquor is developing its own identity organically as we work with what the building has to offer us – there’s no real theme to it – it’s a pretty free-form way of working.

And will the menu evolve or be in any way seasonal?

All the old #Meateasy favourites will be back plus a whole load more ideas we’ve been working on over the summer. It’s the first time we’ve ever had a chance to design a kitchen from scratch rather than working with and around what’s left of existing or abandoned kitchens so it’s given us a whole load more scope to try a lot of dishes we simply didn’t have the space and /or equipment to do in the past.

Just like at #Meateasy, it’s not about what you see, it’s about the food, the drinks and the service. We’ve spent all our cash where it really counts – in the kitchen and behind the bar.

Giles from Soulshakers has been working on the drinks. We’ll have a tightly focused selection of beers and wines and a load of the old drinksmiths from #Meateasy will be back ‘on the jars’, whipping up all manner of interesting cocktails.

What's the capacity of the new place? Will it take reservations?

120 covers, no reservation policy and most definitely a meaty crowd at the door!