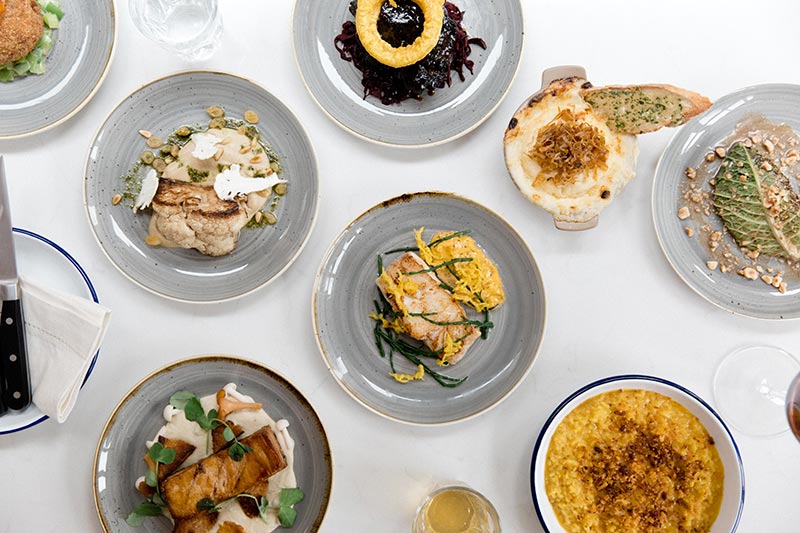 Tooting Broadway Market, all the way down south in Zone 3, doesn’t see much in the way of exciting openings, so there’s all the more reason to anticipate the arrival of Plot, serving up the best of local British grub. It comes from cousins Mark Kimber (co-founder of restaurant publication Food Edited) and Harry Smith with Giles Elstob in the kitchen whose previous experience is in Michelin-starred restaurants and from further afield in Spain.

The menu will change with the seasons, as is only fitting for heritage-style dining, so when it opens, you’ll be able to get your hands on wintery dishes like:

Suppliers will be selected from around the country, as locally as possible - olives from Kent, beets from Dorset, and meat and fish from the nearby independent retailers on the high street. There’ll be a healthy selection of British craft beers and cocktails, plus wine from nearby vineyards, like Nyetimber in West Sussex.

Small plates is the theme here, as indicated by the prices, so it’ll be a good excuse to try a bit of everything, and similarly, handy for groups who want to share, although big parties may want to note that there’s only 15 covers.