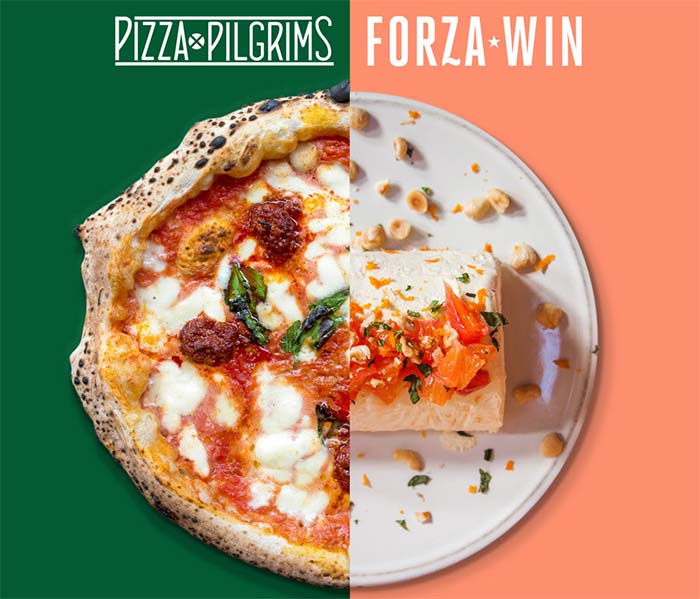 Back at the very beginning of Forza Win, it was the team up between Forza and Pizza Pilgrims which kicked everything off on a Shoreditch rooftop. Now they're teaming up again (as Forza Win get ready to open another restaurant) with a two month residency in Peckham. On the menu is:

It all runs from 31 March to 30 April at 4.1, 133 Copeland Rd, London SE15 3SN and you can get tickets now. For more, follow them on Twitter @forzawin and @pizzapilgrims.