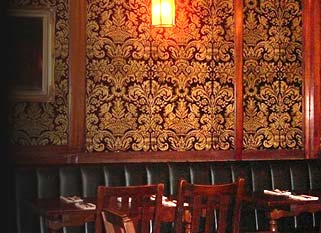 There's nothing like the prospect of a good feed to offset the horrors of a Monday. And next week you'll be able to do just that if you head for the Endurance pub in Soho where a top London market fixer, Hix chef and street food golden boys the Pizza Pilgrims are coming together for Pigsaw.

The idea is to take a whole pig and - because the oven can't take a whole beast - cut it up and put it back together again. "It seemed like a good idea when we came up with it last week," Mark White aka Marky Market explained to Hot Dinners. " I know the Pizza Pilgrim guys and they've got the oven. I go to Smithfield every week so I can get the fantastic pork - really good Old Spot and there's Terry [Edwards] who's sous chef at Mark Hix's place who's taking a month off and wants a project to do. I can get it, the boys can cook it and we've got a chef as well."

"There's no high concept - it's just we all want to have a good time. The idea is to make a massive porchetta and then serve it up with salsa verde and we're going to wrap it all in flatbreads that the Pizza Pilgrim boys can cook in a moment in the pizza oven." As for the cost - it's £7 for a pork-filled sarnie.

Pigsaw kicks off at 6pm at the Endurance on Berwick Street on Monday 23 July and they'll serve until the food runs out. There are no reservations so as Mark says "come hungry and bring all your mates". And, if you happen to think of any crackling (sorry) good tracks for a piggy playlist, tweet them to James @pizzapilgrims.