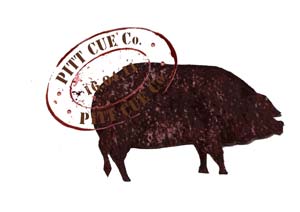 Hot Dinners popped down (or rather up) this morning to join some of the industry’s top chefs and restaurateurs at the newly opened Duck and Waffle restaurant on the vertigo-inducing 40th floor of the Heron Tower for Zagat 2013 Guide London Restaurant Survey Awards.

Surrounded by some of the most respected chefs in town, we shimmied our way to the front to listen to Tim and Nina Zagat announce the winners of this years survey, though not before Tim Zagat performed an impromptu rendition of ‘Monday, Monday’ by The Mamas and the Papas - a quirky, yet brief icebreaker at the very least. In addition to the guide's general ratings for restaurants, a number of Top lists were announced - the key winners being;

We know what you are probably thinking, because we're thinking it too. What? No mention of Dinner by Heston, Dabbous, Pizarro or Pollen Street Social… and how on earth did The Waterside Inn sneak into the awards list when they aren’t actually even in London? Strange. With over 9,500 people voting, it is rather hard to believe that so many of the great restaurants of London have been overlooked this year. And other category winners seem plain odd - Ladbroke Grove's Portobello Ristorante for London's Best Pizza? Or Twickenham's Brula as the city's best French bistro?

The awards themselves lasted about 15 minutes, which was a fraction of last years presentation time and many of the guests scarpered thereafter. But we did manage to catch up with two thoroughly deserved winners. First up was Tom Adams of Pitt Cue Co. (Best Newcomer) who told us “It’s hugely exciting that a restaurant that charges just £15-20 per head could win this award, so I’m really very pleased. Next year is going to be a very exciting one for us with lots of great projects lined up beginning in the next 6 months…” Could that mean a new opening is on the cards for Pitt Cue Co.? Tom was a bit coy on this subject but we certainly hope so.

Roganic restaurant manager Richard Cossins, accepted the award for Top Service and told us; “We are so happy to be recognised in this category, it is moral boosting for staff who have worked so hard and even more so as we have gone through some changes since we have opened. We have always had great support from diners, bloggers and media and this Zagat award also means a lot to us, especially as Roganic comes to an end in June 2013, it is great to have been acknowledged at all.”