Pho & Bun are introducing a bao burger hybrid to London 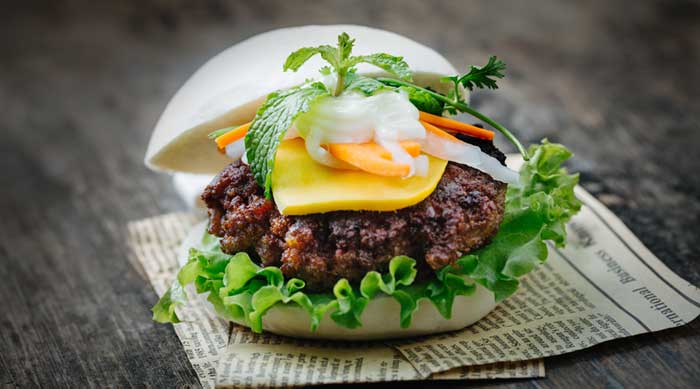 Londoners prepare yourself - hitting Shaftesbury Avenue this month is what promises to be the perfect fusion between two of the city's current food obsessions - burger and bao. Pho & Bun is the brainchild of Holborn restaurant Viet Eat's owner Andy Le. The new Vietnamese spot will focus on Pho and

And while the rest of the dishes all sound lovely - rare sirloin beef pho, summer roll with tiger prawns and Vietnamese beef carpaccio - it's that bao/burger hybrid that we really want to try. It'll feature a 28 day dry aged beef patty, served with Viet Eat’s signature smoky mayonnaise sauce and a mixture of herbs and fresh salad, all served in a hirata bun.

For dessert expect their own take on the creme caramel served with Vietnamese iced coffee and also steamed banana with coconut milk and peanut as well as roasted corn milk.

Pho & Bun will open on 76 Shaftesbury Avenue, London, W1D 6ND on 3 November 2015 with a soft opening offer of 50% off food until 9 November. Opening hours will be every day from 12pm to 11pm. Follow Viet Eat @/VietEat