P.F. Chang's comes to London with their Asian Table in Covent Garden 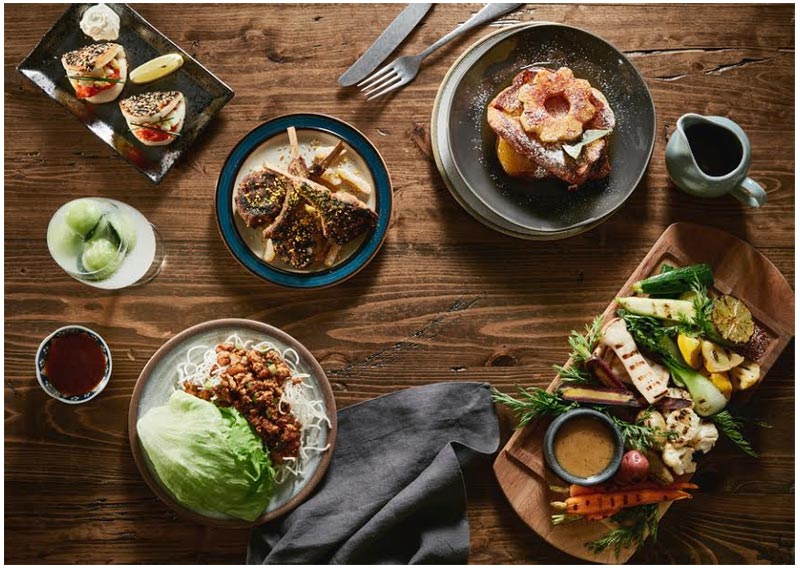 Summing it all up: They're pretty huge in the States and now P.F. Chang's is coming to London with their new concept. Expect an Asian brunch and drinks from the people behind Worship St Whistling Shop.

So what is P.F. Chang's bringing to London?

P.F. Chang's has been an American institution for over 20 years, but in that time they've never made it across the Atlantic. But where companies like Five Guys and Shake Shack have gone, P.F. Chang's is following next. Here's what we know about the new place...

Brunch will be a big thing.

Brunch with an "Asian kick" is how they're describing it. They'll have the Everything Bao - which has sliced smoked salmon and boiled egg with basil horseradish in a honey lotus bun. And their version of Lobster Benedict is a toasted muffin topped with a herb lobster mix, poached egg and house-made hollandaise.

They have a chef from Nobu looking after the menu.

In charge of the menu is Deepak Kotian and his menu will include:

Some of the more popular P.F. Chang's dishes will make an appearance.

That means that Chang’s Chicken Lettuce Wraps and Dynamite Shrimp will be there too. And the menu will showcase the farms where the meat was sourced, and all their all dumplings, wontons and egg rolls are made in-house.

It'll be on the large side.

They're not doing things by halves, having taken up a spot on Great Newport St, a few doors down from the Arts Theatre which will seat 138. And UK street artist HOOD has created a mural that covers the two floors.

Fluid Movement are in charge of the bar, which will be lined with gold vinyl records. They'll be barrel ageing cocktails on-site and drinks include:

Where is it? 10 Great Newport St, London WC2H