Pestle comes to Islington for a residency at Sacred 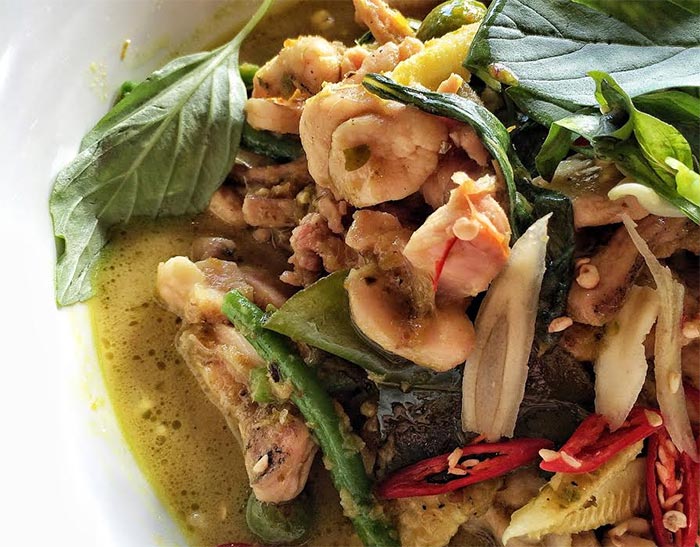 Their last pop-up was a hit and a permanent restaurant is planned, but if you want to check out hot newcomer Pestle asap, then there's a new opportunity on the horizon. They're settling down at Sacred cafe in the evening for a couple of months with a new residency.

Pestle comes from Seb Holmes and Thom Lawson and a speciality is Thai curries and Khanom Jeen noodles, made from scratch. Seb Holmes was sous chef at the Begging Bowl and recently head chef at Smoking Goat while Thom Lawson was bar manager at Caravan, looked after front of house at Smoking Goat and also consulted on Croft Kitchen. They'll also have natural wines, cocktails and beer from Chang at the residency too. On the menu is: