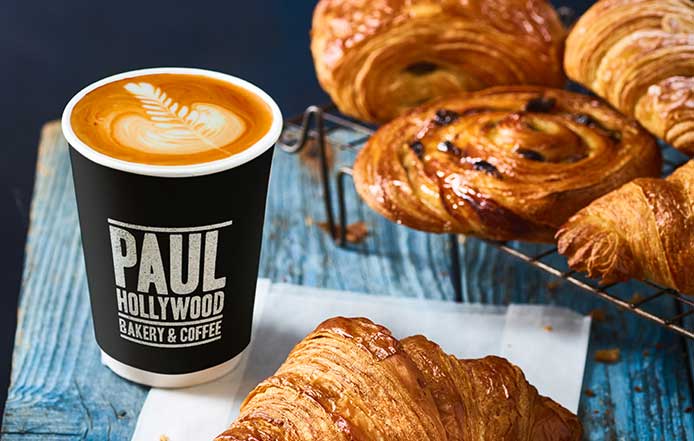 In a nutshell: Baked goods and coffee from GBBO’s famous judge

Summing it all up: Paul Hollywood’s back, not just on our screens, but in our train stations with his very first bakery by the name of Knead, where you’ll be able to buy his sausage rolls and bacon butties.

So, what did we all make of the new Great British Bake Off then? Too many ad breaks? Feels weird without Mary? If you’re so deeply entrenched in your love of the show that you’ve been scrolling #GBBO during your whole commute, here’s an even better way for you to show your adoration for the BBC show, when you’re on the go.

Bake Off judge Paul Hollywood is very shortly to be opening a new bakery and coffee shop by the name of Knead, just outside commuter hub Euston station. Details are scant, but there should be a range of deli sarnies, pies and sausage rolls that you can buy “by the inch”, along with bite-sized chocolate tarts and other “high quality baked goods.”

After the Euston opening, Knead will be branching out to other rail stations and even airports, so you can carb-up efficiently before you head out on your journey.

“I can’t wait for you to come and experience what we have created,” said Hollywood, adding “just wait until you taste the difference in my bacon butties and sausage roll!"