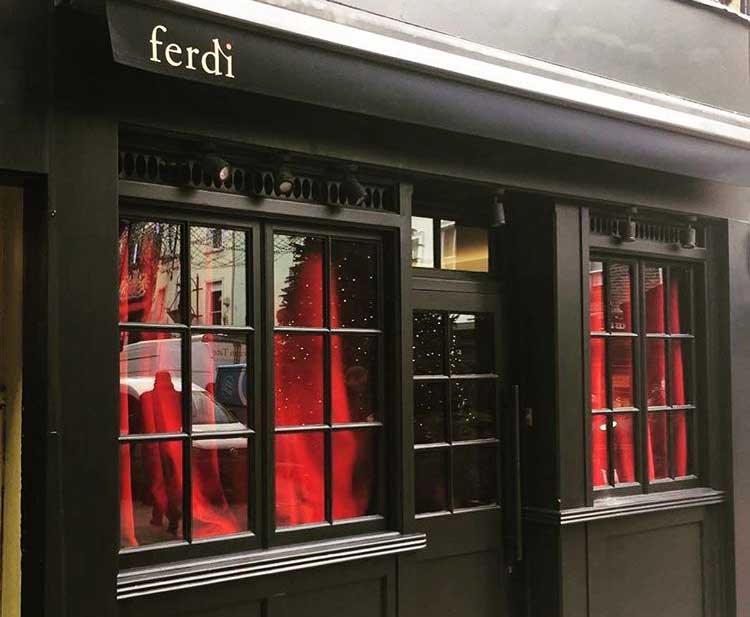 Good news for London fashionistas - Paris restaurant Ferdi, long known as a haunt for designers and models to hang out in, is coming to town. And they're almost ready to open the London branch of their restaurant in Shepherd Market.

If you don't know about the original (and we have to confess, we hadn't heard of it before a reader asked us about it) Ferdi first opened in Paris in 2004. It quickly became a favourite place for fashionable folk to hang out. More recently, it's been the kind of place Kim and Kanye might drop into when they're in Paris.

The creation of Alicia and Jacques Fontanier, the Paris spot was named after their son Ferdinand. If the London branch is anything like the Paris original expect dishes like their Mac Ferdi's cheeseburger which appears to have a rather large fanbase this side of the Channel. There should also be a strong cocktail list.

But, as with Kitty Fisher's, the Shepherd Market space is on the small side - there'll be room for around 28 inside and 8 diners outside. So expect tables to be HUGELY sought after. Lunch will be walk-ins only and they'll be taking reservations for dinner by text (see the number below).

We caught up with the folk behind Ferdi who told us why they'd decided to open here. "The opportunity arose and we decided why not! We already had a lot of Ferdi Paris clients living in London so it seemed like the perfect place. This spot reminded us a lot of the Paris location. Small and cozy and in a great area!"