Origins Of takes over the kitchens at Blessing's in Spitalfields 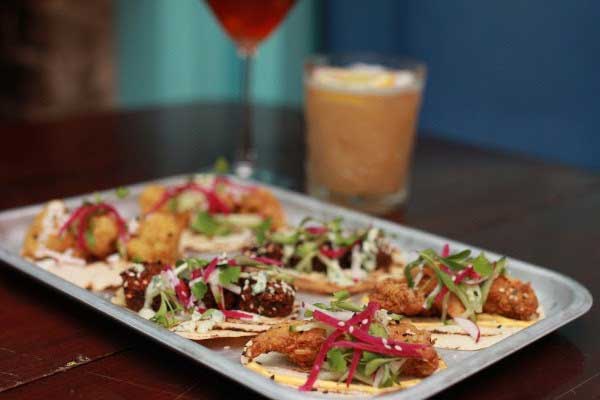 There's a new Middle Eastern-inspired pop up hitting Spitalfields next month. Origins Of is a partnership between longtime friends Abdulla Amin and Hugo Toland (the consultant behind Street Feast). Even the menu's been worked on for three years, starting when Abdulla was living and working in Kazakhstan.

On the menu you'll find spice infused fried chicken, buttermilk soaked cauliflower florets and their own take on falafel, served on charred flat breads, as a basket or sharing platters with a selection of sauces. The hummus and pickles will be handmade by Abdulla’s mother using recipes handed down through the family’s Middle Eastern heritage. And Blessing's will be putting on a series of signature cocktails to complement the Middle-Eastern menus.

Origins Of will be taking over the kitchen at Blessing’s, 76 Commercial Street, London E1 6LY for three months from 7 April 2016. Opening hours will be Thursday, Friday and Saturday from 5pm to 11pm. Keep up with their news on Twitter @Originsof