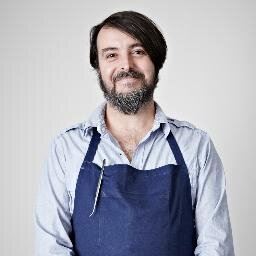 Well we've been wondering who would be heading up the restaurant at André Balazs new London hotel Chiltern Firehouse and now we know. It'll be Nuno Mendes who'll be Executive Chef at the hotel which is opening mid-February in London's Marylebone.

Both Andre and Nuno are keeping schtum on the details until opening but we've learned that the restaurant won't be offering a tasting menu along the lines that Nuno did at Viajante. Instead it'll be 'celebration of contemporary ingredients-focused cooking with an American accent'.

The menu's expected to derive a modern American inspiration from the 16 years Nuno spent training and working in the States with chefs such as Wolfgang Puck and and Jean-Georges Vongerichten. And while the opening of the Firehouse has coincided with Nuno leaving the Town Hall Hotel to pursue other ventures (VIajante at the Town Hall will remain open until the end of February. A statement by the hotel said: "Town Hall Hotel is currently working on a new restaurant concept to replace Viajante that will be announced imminently"), it's not the only project that Nuno's pursuing and we've been assured that Viajante will rise again.

Chiltern Firehouse is now open at 1 Chiltern Street, London, W1U 7PA. You can make a reservation at www.chilternfirehouse.com. Opening hours are dinner: Monday - Saturday from 6pm and weekend brunch Saturday & Sunday from 11am. For reservations call 020 7073 7676.