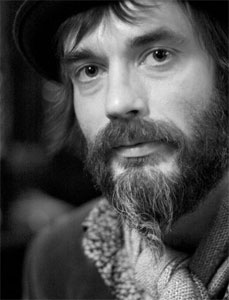 He may bear more than a passing resemblance to the 1970s TV character Catweazle, but mixologist Nick Strangeway's tenure at both Hawksmoor and Hix Bar had cocktail lovers swooning with pleasure. Now his legion of fans will have to head to the Euston Road where Strangeway is lending his mixologist expertise to the new Booking Office bar and restaurant at the St Pancras Renaissance Hotel London.

Nick is teaming up with Henry Besant - co-founder of the award winning Worldwide Cocktail Club - to create a list of drinks which deliver 'a modern twist on traditional cocktails popular in the 1800s'. Drinkers can expect a range of punches as well as a good selection of ales, perries and porters and temperance cordials such as Blood Tonic, Dandelion & Burdock and Sarsparilla (just writing that has given us a bit of a Anne of Green Gables flashback).

And if that's not reason enough to head to St Pancras, the food offering at The Booking Office also sounds good with head chef Julien Maisonneuve, formerly head chef at Tom’s Kitchen and more recently at Tom Aikens, in the kitchens. Apparently the menu will take inspiration from a Victorian menu found in the building's archive, as well as the British destinations served by trains running fom St Pancras.

The Booking Office bar and restaurant is set to open towards the end of March 2011 while Marcus Wareing's The Gilbert Scott will open at St Pancras on 4 April.