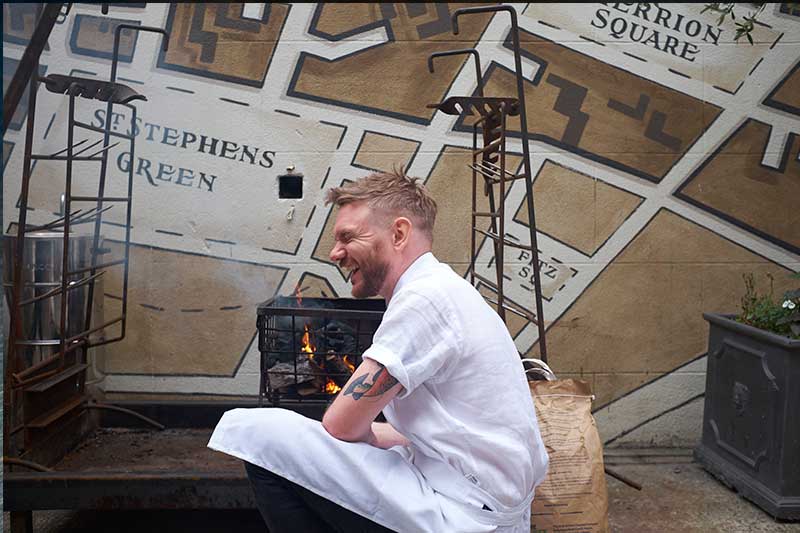 In a nutshell: Casual bistro dining from a promising chef

Summing it all up: Well done Silicon Roundabout. Not only has the area lured Foley’s to open the new Italian Passo on City Road, but now the same little corner is set to be the home of Niall Davidson’s first restaurant, Nuala, a cosy-sounding sounding affair with lots of inventive riffs on classic countryside cuisine, a central firepit and Irish music to see you through the evening.

After cutting his teeth at St John Bread & Wine, Lockhart, and the Chiltern Firehouse, talented chef Niall Davidson - a member of our Murphia List - has now announced he’ll be opening his first restaurant by the name of Nuala. You may have spotted it right beside another exciting new opening, Passo, on the South Western corner of Old Street roundabout.

There’ll be a wood fire where traditional dishes of beef and fish will be cooked, all of which will be sourced by the man himself from Torloisk Highland and Cornwall, plus a menu that’ll include mega-comforting dishes like flamed clams in cider, clay-baked spider crab with Indian spices, bone marrow doughnuts and suckling pig with fireplace cabbage. Given Niall's Scottish and Northern Irish background, we're expecting plenty more hearty, Celtic-inspired dishes too.

Niall will be drawing on the very considerable skills of Colin McSherry to run the kitchen as Head Chef, who comes here via the Fat Duck and Dinner by Heston. Meanwhile running front of house will be Charlie Sims of Noma and John O’Dowd of Bistrotheque, with the wine side of things run by Honey Spencer of Noma Mexico.

The 75-seat restaurant will feature seating all focused around that firepit which they'll keep going late in the evening even when cooking has finished. Come January, Nuala will become an all-day restaurant opening for breakfast, and extending its opening hours to seven days a week.

Meanwhile, downstairs they're opening Nuala Bar. Run by Lauren Taylor - previously of Hawksmoor Spitalfields - this will look like a traditional Irish boozer complete with snugs. The bar snacks sound awesome - scampi-fried quails eggs and coffee ham anyone? Add to that a whiskey list curated by the bar manager Spencer Large (ex-Barbecoa) and you're set for a lot of fun.

Frankly, the whole thing looks and sounds amazing (and we’re SO into the idea of sitting around the fire as we eat now it’s gotten really chilly), so we’re really looking forward to seeing what Niall can do now he’s got the freedom to experiment in his own kitchen.