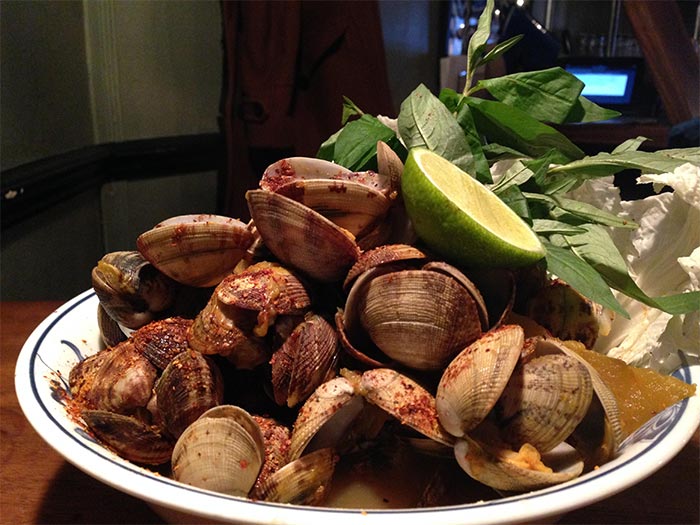 There's a new restaurant on the way called Pestle, which boasts of having the ex-Smoking Goat head chef in charge of the kitchen.

They're planning to focus mainly on Thai curries and Khanom Jeen noodles made from scratch and have interesting backing. First there's Seb Holmes who was sous chef at the Begging Bowl and head chef at the Smoking Goat and joining him is Thom Lawson, former bar manager at Caravan and currently consulting at Croft Kitchen.

They're currently looking for a site for the restaurant and until then will be popping up in different locations, starting with the Winemakers Club. We've had a look at the first menu, which includes:

That first pop up is on the 26th and 27th August at Winemakers Club in Farringdon  at 41a Farringdon St, London EC4A 4AN. You can book now by emailing info@pestlelondon.co.uk or contacting them on Twitter @pestlelondon.