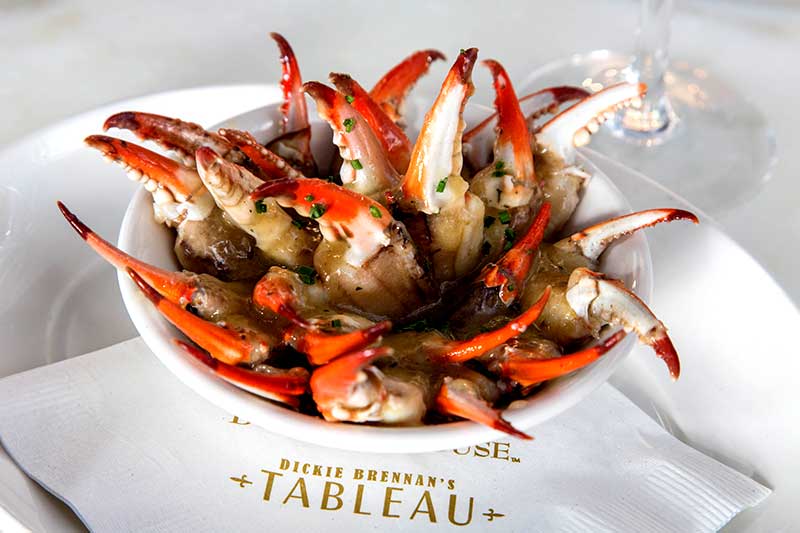 Football team The New Orleans Saints are marching into London this autumn to compete in the NFL, inspiring chefs from their home turf to follow suit. First up, we had news that Galatoire's was popping up at The Colony Grill Room. But just ahead of them will be Dickie Brennan, who'll be making the trip to Canary Wharf to temporarily turn Scottish restaurant Boisdale into a little slice of New Orleans.

There'll be several menus to choose from, including a set lunch and a la carte which feature dishes like Gumbo Ya Ya, Crabmeat Cheesecake, Langostino Etouffee and Banana Foster. However, considering how *spectacularly* well the Yanks do breakfast, the one to watch is their Jazz brunch menu on 1 October. Appetisers alone include the likes of French toast with praline sauce, Eggs Benedict with pork debris, and spiced rock oysters, while mains will cover Crab Cake with Bourbon and Grillades & Grits. There's white chocolate bread pudding or Tarte à La Bouillie to finish you off.

Throughout the week, there'll be a whole host of drinks for Londoners to contend with including the damn good sounding 'Fancy Bloody Mary' with creole seasoning and pickled veggies, a Bourbon Milk Punch and a staggering 1,000 rare malt whiskies for you to sample - best paired with one of the hand-rolled Cuban cigars, which will also be on offer.

There'll be music too, to help you really get into the spirit of things with live blues and jazz from the likes of The Mississippi Swamp Dogs and The Dixie Devils.

Dickie Brennan is a New Orleans-based chef and the owner of Dickie Brennan's Steakhouse and Dickie Brennan & Co restaurant group. Described as American restaurant royalty by the James Beard Fouundation his restaurant was included in Best Steakhouses in the United States by Travel + Leisure, and Best New Restaurants in America by Esquire.

Find out more and book: Visit their website or keep up with their news on Twitter @boisdaleCW