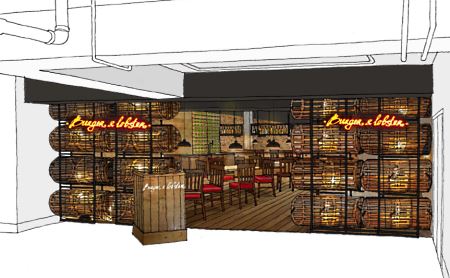 Given the raging success they've had in Mayfair, Farringdon, Soho and the City, it's a fairly safe bet to say that the opening of Burger & Lobster's fifth brand at Harvey Nichols is bound to be a huge hit.

The new restaurant will open in October on the fifth floor of the Knightsbridge store, next to the Fifth Floor Café, Foodmarket and new Wine Shop. It'll feature the trademark pared down menu with either burger or lobster (and chips) for £20 including - what should prove popular with the fashionistas - the California burger patty between two iceberg lettuce leaves. Us? We'll stick to the lobster rolls, thanks.