Neil Rankin, Fred Smith and more face off in the Real Burger Challenge 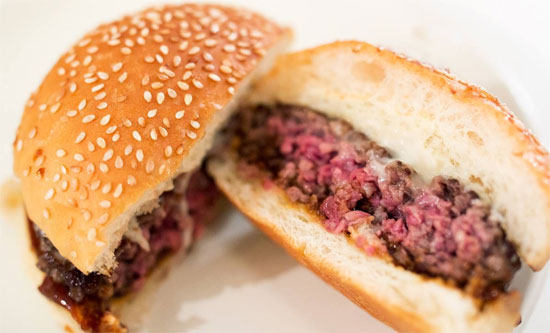 For his next feat, Burger Monday's Daniel Young has a challenge that even Ron Swanson would approve of. He's stripping the burger challenge to its bare bones for the Real Burger Challenge.

For the challenge, the chefs will be limited to a single burger topping and a single burger sauce - with all the effort put into getting that patty just right. The first event sees three burgers go up against each other. So there's Shane Hurren of Duke's Brew and Cue, Manuel Leal-Andrades of Mother Flipper and Alexander Pashby of The Beefsteaks cooking their versions of 3-to-4 ounce (85-115 ounce) real burgers. Everyone who comes to the event will get one of these burgers (entry is £28).

And in the second event, Neil Rankin of Bad Egg/Smokehouse and Byron's Fred Smith be armed only with skillets and be making 6-to-7 ounce (170-200 grams) burgers in three rounds. You'll only get to try these if you have reserved (£45) and ringside (£50) tickets for one of the three events.

It's come about because, as Daniel says "(A) a burger is only as good as its beef patty, (B) get the meat part right and a burger can stand on its own, without embellishment and (C) a £15 cast-iron pan can do as good a job as a £3000 charcoal broiler. To pull this off I needed to have some big guns behind me. When the meat masters Fred Smith and Neil Rankin signed on for Battle of the Pans I knew this would work. The fact that both chefs were already developing their own "real" burgers proved I wasn't alone in thinking burgers had to get back to the meat of the matter"

It's all happening on Sunday 18 January from 1-6pm at Hotel Elephant Warehouse 40-42 Newington Causeway London SE1 6DR (the second event will be on 22 February with the final on 28 March). To get tickets, head to the Burger monday website.