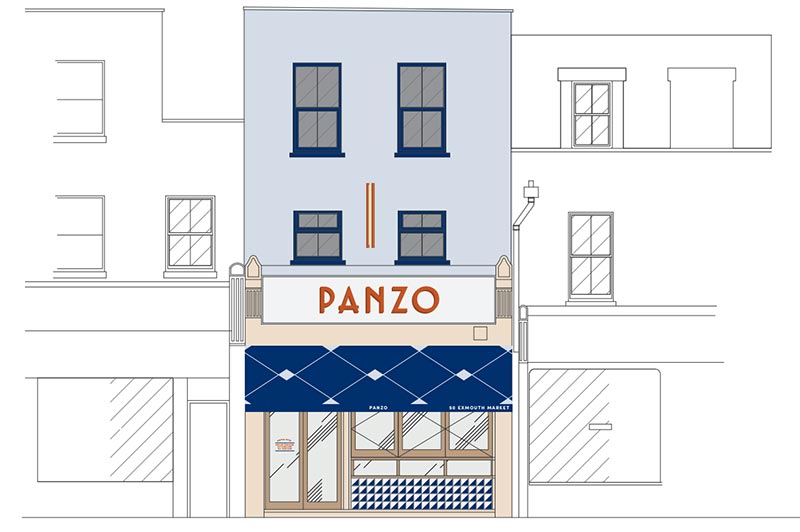 There's a new Neapolitan pizza restaurant on the way to Exmouth Market. Panzo's main focus is on creating double-cooked lighter dough which raises for 26 hours. They're also aiming for smaller individually sized pizzas.

And a big focus of the menu will bring back that dough for the panuozzo. That's a sandwich with charred whole wheat dough from the oven, stuffed with fillings like tomato and stracchino cheese. And they'll have Italian priduce to sell too.

As for the drink - everything will be handily on tap - beer, wine and, or course, Prosecco.