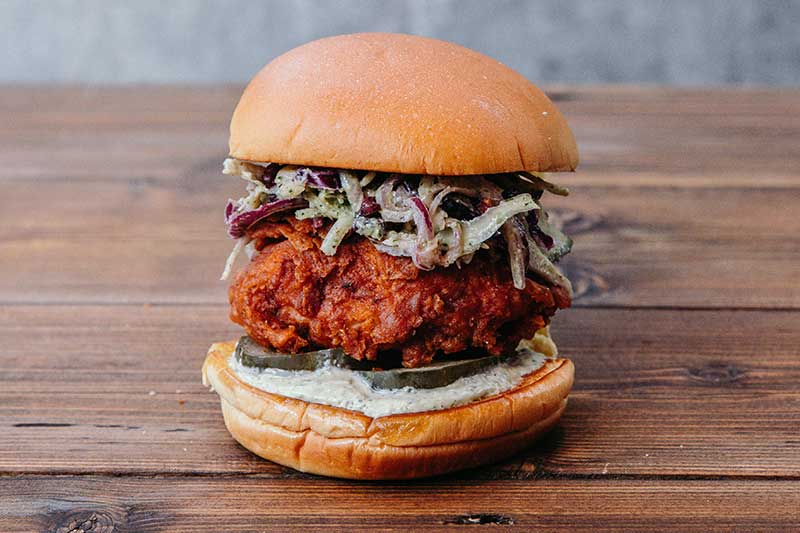 So this is an interesting collaboration - MOBO-award winning Naughty Boy has teamed up with Shake Shack to create his own burger. Burger development is a new string to Naughty Boy's bow - he's already a DJ, producer, musician and songwriter.

Available for just one month and in just one British Shake Shack - the Cambridge Circus one - The Naughty One is being used to push the launch of Shake Shack's new Shack Sounds. It's a programme for unsigned young British artists to help develop their talents with five acts eventually performing in a series of live shows in May alongside Naughty Boy himself.

Inspired by his childhood, The Naughty One is going to be a chicken burger featuring a crispy chicken breast topped with Asian slaw, a spicy yoghurt sauce made from mayonnaise, coriander, chilli, lime and pomegranate, served on a potato bun.

"Good food and good music goes hand in hand,” Naughty Boy said. Adding that the burger “is actually topped with my Mum’s secret recipe, raita-style sauce which is one of my favourite food memories."

More about The Naughty One at Shake Shack

Where is it? 1 Cambridge Circus, London WC2H 8PA