Nanny Bill's at The Shop in brings mac and cheese croquettes, burgers and more to Kensal Rise 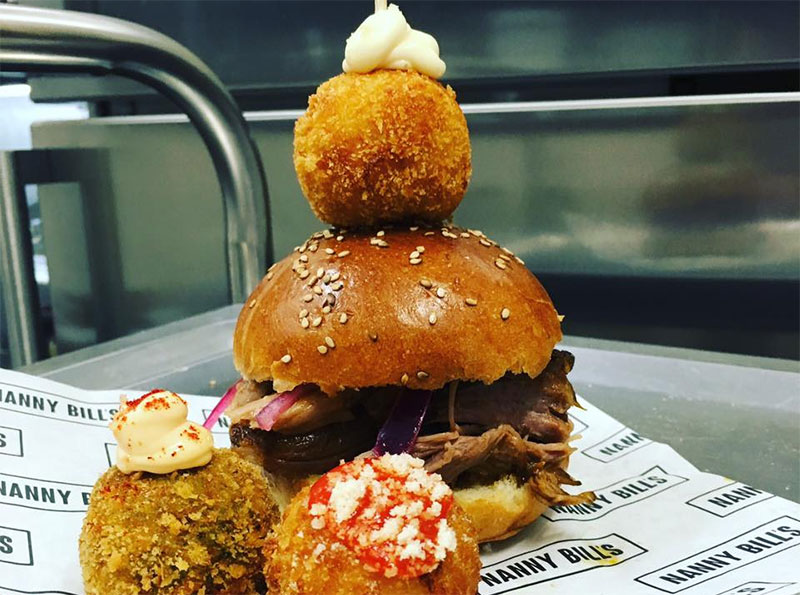 What: Nanny Bill’s at The Shop

In a nutshell: Hand-pressed burgers, sides and croquettes galore from the food truck’s first kitchen takeover.

Summing it all up: After successful stints in Brixton, Hackney and Shepherd’s Bush, Nanny Bill’s is heading northwest to The Shop in Kensal Rise, bringing with them loads of croquettes, burgers and croquette-topped burgers - as well as a vegan burger.

Nanny Bill’s is just about to kick off their residency at The Shop on Kensal Rise, bringing with it a fine collection of comfort food - just the thing for the relentlessly depressing February weather.

New for the residency will be a hearty vegan burger and brunch. There’ll also be all the menu items that Nanny Bill’s is known for, dished up with heaps of homemade sauces.

On the croquette front, you’ll be able to choose from either their pea and feta with sriracha mayo, or the mac and cheese with hot sauce, priced at three for £5. Meanwhile, those after a burger will be in good hands - there’s the classic "The Cheddar" (£8), served with a healthy dose of Longman’s cheddar, bacon jam and burger sauce, while "The Hot Mess" (£9) comprises of buttermilk-fried chicken, cheese sauce and smoked bacon. The vegan offering, named "The Garden" (£8) is a black bean quinoa burger with avocado hummus, and two types of onions.

If you’re on the upper end of the hunger scale, you can add another patty for £3.50, or £3 for a vegan one, and there’ll be a few sides for a similar price like sweet potato fries and halloumi nuggets. Or you could go for the joyful option of adding a croquette topping for £1.50 (which we can't deny sounds like a fantastic idea.)

It’ll be the first kitchen takeover from Nanny Bill’s, who started out serving from the back of a vintage truck in 2015. In the past, they’ve had spots at Brixton Beach Boulevard and Night Tales in Hackney, plus an extended stay at Little Feast in Shepherd’s Bush.

More about Nanny Bills at The Shop