MYPIE pie residency is taking over the King & Co in Clapham 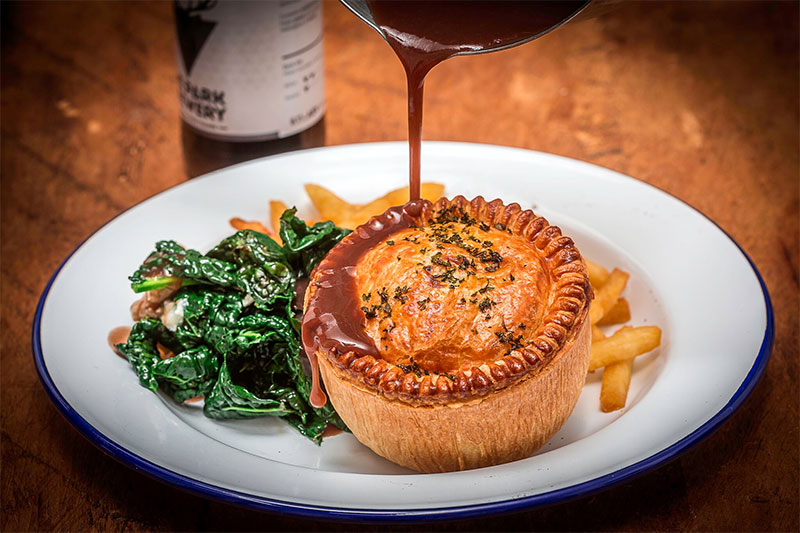 Hearty, warming pies are just the job for January, and you'll be able to get your hands on one to accompany your pint in Clapham's The King & Co pub until February.

It's part of a two-month residency that the local boozer has organised with MYPIE, a street food vendor that specialises in all thing encased in pastry. Expect plenty of classic fillings: chicken, steak chilli, ham and tarragon, or roast mushroom, spinach and truffle oil for the veggies. You can pick from mash or chips on the side, and round it off with the necessary lashings of gravy with which to drown your pie.

There'll also be a bit a few weekend-only options, where MYPIE will be attempting to cram a full English into an 'all-day breakfast pie', containing bacon and eggs with black pudding, mushroom, tomato and baked beans. Meanwhile, on Sundays you'll be able to get a pie version of a roast lunch in the form of a posh steak slice, stuffed with slow-braised ox cheek, lemon and olive. Or there's a more standard, non-pie version on offer, with beef and roast spuds, root veg, greens and Yorkshire puddings, with crumbles or brownies for pudding after.

If you're not sure a whole pie is for you, there'll be a selection of classic bar snacks - caramelised onion and pork sausage roll, or scotch eggs.