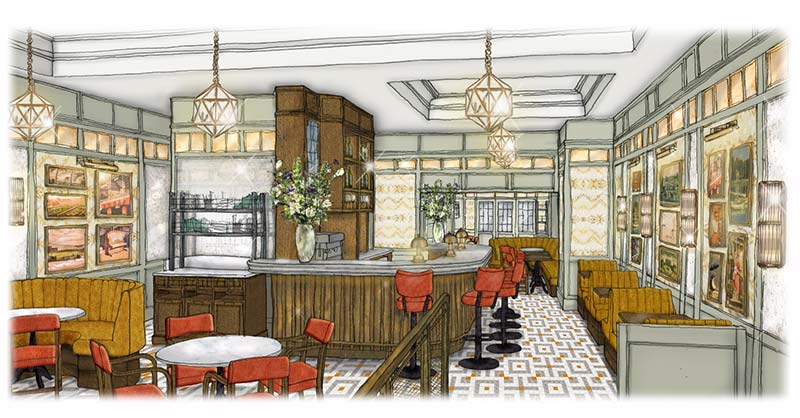 The Ivy is continuing to take over London with Ivy Cafes - and two more are already planned for later this year.

First up is Wimbledon Village - which gets a new restaurant seating 120 - as well as a garden terrace (at the back of the restaurant) and a private dining room for up to 20. Following later, St John's Wood gets a restaurant that seats 100 and will have "Parisian-style, street-tables" in the front too.

As with the other Ivy Cafes, there's a big focus on cocktails - the ‘Garden of the Abbey’ – Elderflower vodka, cucumber apple, lime, cider sparkle and the ‘Negroni tasting set’ - white, classic and boulevardier will both be showing up on the menus.