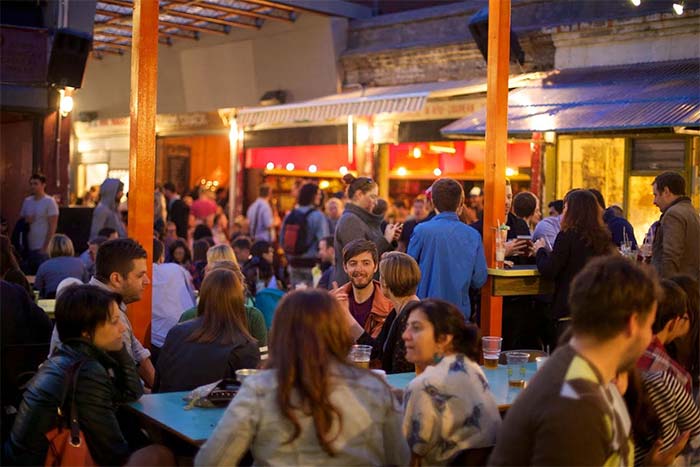 It's springtime so time for all the street food markets to come out of hibernation and the next up is Model Market, Street Feast's hugely popular Lewisham outing (we popped down for a look last year).

As usual there are all manner of lovely street food outlets taking part, including:

And booze, of course too. Drinks-wise there will be big cocktails at the Rotary Bar as well as the Rum Shack, Slushy Bar and more.

Model Market is back from 15 April and it will run every weekend until 01 October. It's free before 7pm and £3 after. For the latest from them, follow them on Twitter @StreetFeastLDN