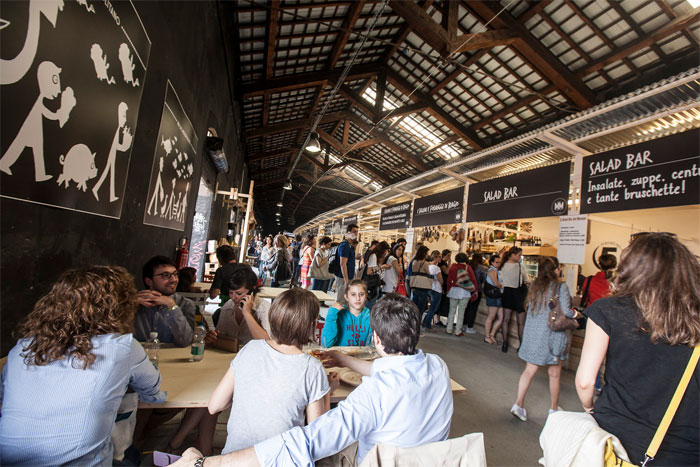 There's news today of a massive new market coming to the area between Borough and Elephant and Castle. It's one that originally started in Milan and they're taking over a disused paper factory, promising use of lots of recycled materials and a "no-frills layout". The whole thing will be 45000 square feet (about the size of a football pitch) with outside and indoor areas. Sounds pretty much like the kind of markets we had fun trawling through on a recent trip to Madrid.

On the food side, you'll be able to shop from a mixture of Italian and London based artisan producers including what they're calling "the best pizza maker" from Naples. Expect a bakery, fishmongers, butchers, coffee roasters, artisan beer makers, cheesemongers, specialist charcuterie as well as a large selection of Italian wines, fruit and vegetable growers, farmers and pasta makers too.

And there's a big Italian supermarket. Prezzemolo e vitale is an independent supermarket from Palermo which will be on the ground floor of the main three-storey building on the site. Over that, there's a barber shop and boxing gym, and over that is MAX, a co-working space.

There's a big push on the place being socially responsible. Alongside Workshops, cookery demos and talks expect more events in the future. They'll have an urban garden too. And there will be some space for street food too. They're even planning a cinema and a pop-up hotel.

Mercato Metropolitano launches at the end of June 2016 in the Borough Triangle, down on the Newington Causeway between Borough and Elephant and Castle tube stations. For more, follow them on Twitter @mercatometropol.